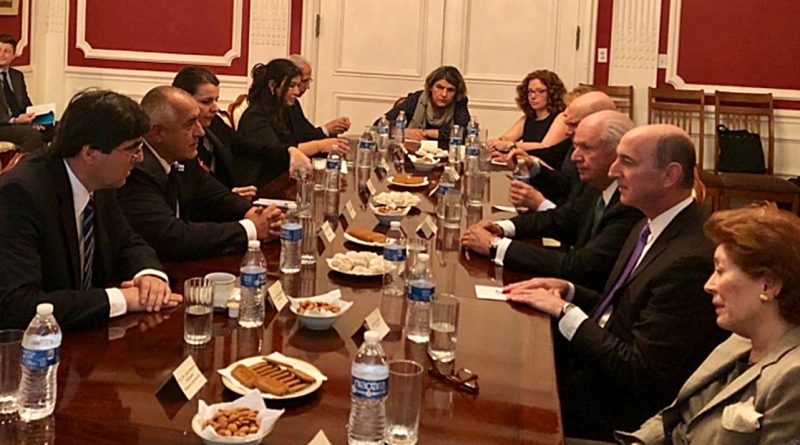 Bulgarian Prime Minister Boiko Borissov has held talks in New York with representatives of American Jewish organisations, telling them of the friendship between the Bulgarian and Jewish people and of the steps Bulgaria is taking towards full membership of the International Holocaust Remembrance Alliance.

Borissov held the meeting while in New York for the opening session of the United Nations General Assembly, a Bulgarian government media statement said on September 27.

He said that Bulgaria acknowledged the role played by the Jewish community in contributing to and supporting Bulgaria in the years of the transition to democracy, in the process of Bulgaria’s accession to Nato and the EU, and to the deepening of the bilateral dialogue with the United States.

Borissov said that Bulgaria would greatly appreciate the support and assistance of American Jewish communities to encourage Congress and the US administration so that Bulgaria achieves full visa reciprocity with the US.

He said that 2018 marked the 75th anniversary of the rescue of the Bulgarian Jews during the Second World War. In 1943, an agreement by the pro-Nazi Bulgarian government of the time to send 50 000 Bulgarian Jews to the death camps of the Holocaust was thwarted by the resistance of the Bulgarian Orthodox Church, some political leaders, civil society and ordinary Bulgarians.

“This story should be explored and told,” Borissov said.

He said that at the beginning of September 2018, he and Israeli Prime Minister Benjamin Netanyahu had unveiled a monument in Tel Aviv commemorating the Bulgarian contribution to the rescue of the Bulgarian Jews from the Holocaust. This was one of a succession of acts of affirmation of the friendship and mutual support of the two sides, he said.

“Today the second and third generation of Bulgarian Jews are the bridge of friendship and support that make our relations unique and cordial,” Borissov said.

He briefed the heads of the Jewish organisations on the steps that Bulgaria has taken towards full membership of the International Alliance for Holocaust Remembrance. For Bulgaria, this was an important intergovernmental organisation, he said.

The aim of the organisation is to provide political and public support for the study, research and preservation of the Holocaust memory at national and international level, the Bulgarian government statement said.

Borissov said that in October 2017, the Bulgarian government had decided to adopt and implement the working definition of antisemitism of the International Alliance for Holocaust Remembrance, and Deputy Foreign Minister Georg Georgiev had been appointed National Coordinator for Combating Antisemitism.

“Bulgaria became the fifth EU member state to adopt the definition of antisemitism that will support the work of the judiciary and law enforcement authorities in the identification and prosecution of antisemitic acts,” Borissov said. 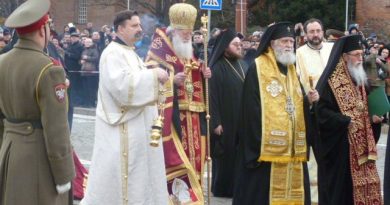 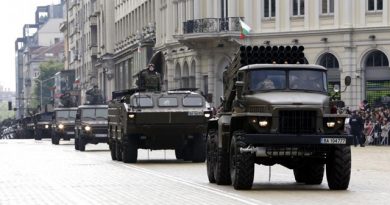