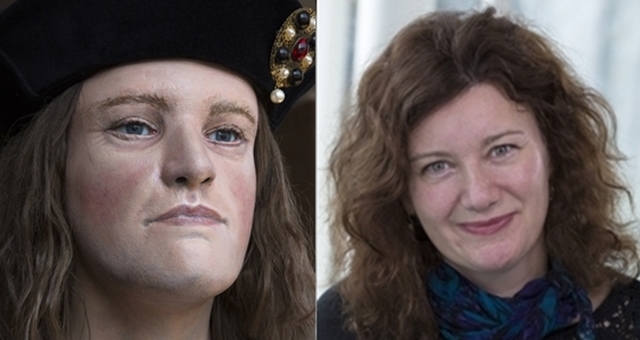 Between Shakespeare and science, what more is there to say about King Richard III? Quite a lot, actually, especially by Dr Turi King.

Dr King, head of the international research team investigating the DNA of the last Plantagenet monarch, will be at the 2016 Sofia Science Festival, fleshing out – as it were – the bones of the story of the discovery of Richard beneath a car park in Leicester in August 2012.

(And from here on, there will be no bad puns about missing horses or erudite references to winters of discontent; there may be an inevitable and rather topical football reference, though.)

Ahead of her May 13 presentation, Turi recalls to The Sofia Globe getting an e-mail from lead archaeologist Richard Buckley asking for assistance in regard to a project regarding someone quite famous thought to be buried in central Leicester, but cautioning that he could not disclose who it was.

“My aunt is a Ricardian so I wrote back and said, ‘is this Richard III?’ And he said, yes it is, but don’t worry, we’re never going to find him, so it’ll only take half a day of your time.”

Not quite true, in hindsight. On the very first day of the dig, the very first remains found were established to have – on forensic examination – tell-tale signs; battle injuries, scoliosis, an age at death of somewhere between the late 20s and early 30s. These and carbon-dating suggested that what Turi calls a “missing persons cold case” was well on its way to being solved. 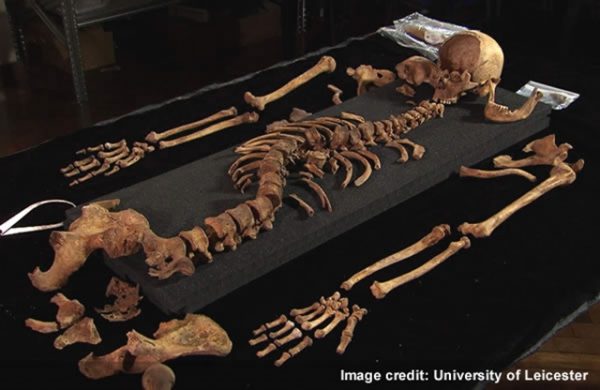 Turi and the DNA team were on the case, seeking confirmation of the identity of the skeleton through finding people with the appropriate mitochordial DNA, that conveyed solely by females, and the Y chromosome, the exclusive preserve of the male gender. Two suitable people were found, of matrilineal descent from Richard’s sister: Canadian Michael Ibsen and New Zealander Wendy Duldig.

Mitochordial DNA was found to match. Somewhere along the line, however, at some point within 19 generations of descendants of a common ancestor of Richard III, the Y chromosome chain had been broken, or if you prefer, someone somewhere along the line had been a biological father without being the recorded father. This is known as a false paternity event; “as a geneticist, I can tell you that’s not remotely surprising because we know that there is a historical false paternity rate of about one to two per cent per generation,” Turi explains.

Having initially read archaeology and anthropology at Cambridge and later moving on to add molecular biology, and a doctorate in genetics, Turi was thrilled by the interdisciplinary nature of the Greyfriars project to find the remains of Richard III, which brought together genealogists, historians, archaeologists, among others. That interdisciplinary nature (further details of the team working on the project may be found at the University of Leicester’s website) will be reflected at the presentation in Sofia. 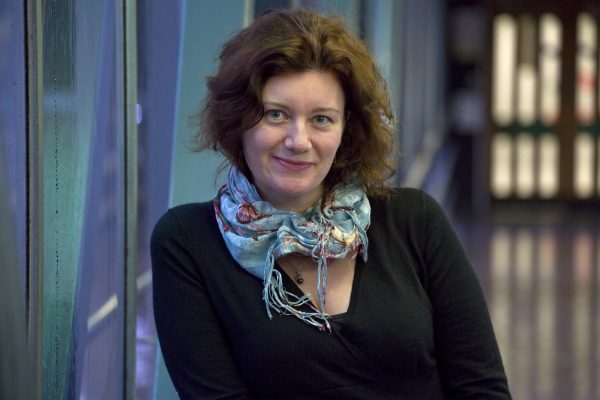 While DNA is one among several strands that confirmed the identity of the remains of Richard III, the fact of the finding has spawned further fascinating work in the field.

“I’ve been doing the whole genome sequencing of Richard, and that’s been able to tell me things like hair and eye colour, but further, I shall be putting the entire DNA sequence that I am able to generate, online,” Turi says.

“We’ll be able to look at things like genes that predispose people towards heart disease, obesity, male pattern baldness, everything from whether he was lactose intolerant…what I really like about this project is that its lifetime will go far beyond my involvement, because with all the data going online, that means that as we find out more about what certain sections of what our DNA do, people will be able to go online and look at Richard’s genome, say, knowing that there is a gene associated with this or that, or that he would have been predisposed, or not, to something.”

Every genome that is added to available knowledge adds another layer of information, in an age in which the project to map the human genome has been a great achievement.

“As to Richard, the thing that’s the most interesting is the fact that he’s going to be the first known individual whose genome has been sequenced,” Turi says, pointing out that he is an individual about whose history a fair amount is known.

“One of the things I’m interested in is, as you know, he had scoliosis. There have been a few studies recently that have found genes that might predispose somebody towards scoliosis; I am interested to see whether or not he has those genes, but also once his genome goes online, it’s something that anyone studying scoliosis might find interesting…that’s the marrying of historical and genetic information.”

Further, there is that question of the false paternity event, onward somewhere down the family tree descending from the common ancestor.

“We’re trying to trace where that break is, by testing various individuals who come off the tree at various branches to see if we can pin down where that break is.” The team is still tracking down various people and once confident of their findings, will announce them. That, Turi says, will hopefully be next year.

Asked if anyone was awkward about that involvement, given the implication of a false paternity event, Turi replies that people were “very much aware” that such things happened, “and no on seems particularly worried about it”.

There’s an interesting anecdote here, from Turi who did her PhD on an investigation into links between British surnames and the Y chromosome. Her study involved people who had the same surname and a check into whether they were related to each other, in a country where the use of surnames dates back about 700 years.

One of those who took part in the study was David Attenborough, the broadcaster and naturalist who just this week celebrated his 90th birthday. In Britain, there are two variations of the spelling of the surname, the other being Attenborrow. As it turned out, after examining a sample of 31 people, it was established that 90 per cent of them were related to each other, irrespective of the spelling. As to the remaining 10 per cent, there is more than one possible explanation – a different ancestor of that name, a child being named for its mother instead of its father, and of course, false paternity. As Turi explains, the last-mentioned is not an unknown phenomenon.

Since the announcement of the confirmation that the skeleton in the car park belonged to Richard III, arguably the most headline-making news to come out of Leicester had to do with the Premier League ascendancy of the football team based – appropriately? – at the King Power Stadium in the city.

Turi, whose presentation also will cover the re-internment of Richard, notes the stories about his return to rest (in somewhat more reverend fashion than his death and original burial, it might be said) being followed by Premier League victory, a radical change of fortune, for Leicester City.

Long live the king, the old saying went. In the 21st century, whatever the historical truth about his life, Richard lives in the service of science. Football too, it seems; and with an iron discipline, this will not end by quoting the Bard.

Dr Turi King’s presentation, entitled Richard III: Solving a 500-year-old cold case, is on May 13 at 3.30pm on the main stage of Theatre Sofia. 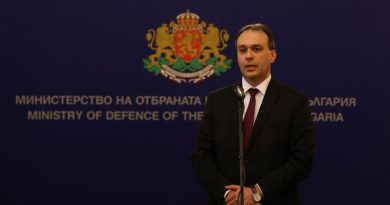 Bulgaria’s new Defence Minister: ‘Nato is not a dirty word’