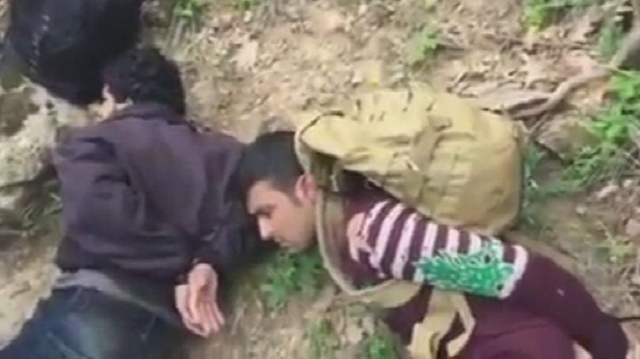 Bulgarian “migrant hunter” Petar “The Feathers” Nizamov threatened a group of men from Afghanistan with a knife and a pistol and tried to rob them as he took part in illegally detaining them, the men have alleged to investigators.

Nizamov, currently in 72-hour detention, faces a charge under Bulgaria’s Penal Code of illegal depriving three foreign nationals of liberty. If found guilty, Nizamov could face up to six years in prison.

The Prosecutor’s Office said that Nizamov has three previous convictions for assault and battery, and hooliganism. At trials in 2004, 2005 and 2009, he was handed suspended sentences and probation.

The amateur video posted on April 10 2016 by Nizamov of the detention of the group of men, who said that they were from Afghanistan, caused a media and political uproar in Bulgaria. The country, not on the main route of asylum-seekers heading to Western Europe, has been in the headlines at home and abroad because of recent incidents involving self-appointed vigilante “migrant hunters”.

At a news conference on April 13, Bourgas Appellate Prosecutor Lyubomir Petrov and the head of the regional directorate of the Interior Ministry, Kaloyan Kaloyanov, said that investigators searching Nizamov’s house had found a gas pistol, a machete and a table found by forensic tests to have traces of marijuana.

Nizamov’s mobile phone and two laptops were confiscated during the house search and were being subjected to forensic investigation.

The men from Afghanistan, who were forced to the ground by the “migrant hunters” who tied their hands and shouted at them in fractured English to “go (to) Turkey!”, said that Nizamov had tried to rob them but had found nothing.

Petrov said that the Afghans had told investigators that the group who intercepted them consisted of about 10 people, one with a firearm and the others with knives.

He said that it was unacceptable for such groups to try to take over the powers of the police.

The group had committed a crime by usurping police powers. They had not informed the police of the detention of the men from Afghanistan. Further, their actions had been excessive, violently knocking the men to the ground, tying them up with plastic packaging straps, kicking them, threatening them with knives and a firearm and searching them for money and valuables.

It was when no money or valuables were found on the men that they were shouted at to go back to Turkey, Petrov said.

Petrov said that Nizamov had refused to co-operate with the investigating authorities, had given no explanation for his actions and had flatly refused to participate in an identity parade. Identification by the Afghanistan men was done using photographs, Petrov said.

Kaloyanov said that the Interior Ministry regional directorate was encouraged when people intervened and prevented crimes, but only within the law.

Prosecutors are to apply for a court order remanding Nizamov in custody pending trial. 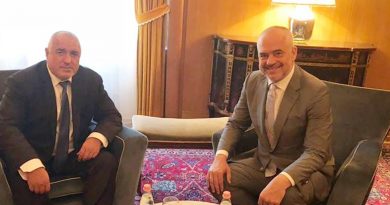 Free no more: Parking at national stadium in Sofia to become paid