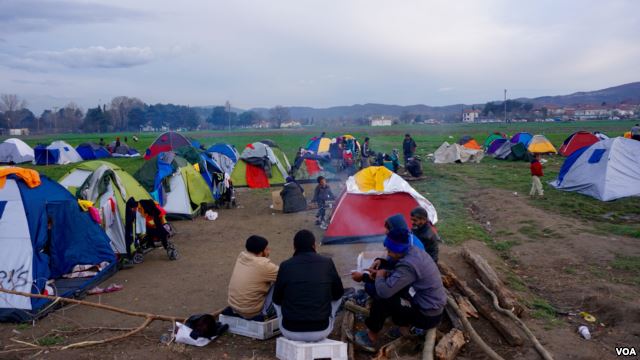 As the sun rose over northern Greece Saturday and the damp mist slid away, refugees, mostly Syrians and Iraqis, lit fires again in muddy fields and prepared for another day of struggle — of foraging for food, queuing for toilets and wondering if the Macedonians would open the border or would instead continue to block their passage into Europe.

The adults roused themselves, and the sprawling makeshift refugee camp came alive with bleary-eyed children.

For days now most of the children have gone unwashed — there are only a handful of washing facilities available for a burgeoning population of asylum-seekers that U.N. officials here say numbers 12,000 people.

Workers from the French charity Medecins Sans Frontieres (Doctors without Borders), the real driving force of relief efforts at Idomeni, acknowledge the facilities are inadequate and are urging other international non-profits to provide more assistance in the face of insufficient support from Greek and European authorities.

“We are desperately calling for people to come and support us,” said Gemma Gillie, MSF’s spokesperson in Greece.

MSF has 135 staff here who are distributing thousands of meals and blankets a day.

“For us this is unsustainable. We can’t keep going at this rate. There is a constant stream of people arriving every morning. But to be honest these people have come to Europe for safety and it is the responsibility of European governments to meet their needs and not NGOs. We are trying to fill the gap,” Gillie said. The United Nations High Commissioner for Refugees has a small presence here; so too the charity Save the Children.

MSF is running a 20-strong medical team — and a couple of other relief organizations, the Greek Red Cross and Greek charity Praxis are providing smaller medical teams to assist. But the medical operation isn’t enough to cope with the demand. The MSF tent facility was designed to accommodate 1,500 refugees.

Many refugees, especially the children, have respiratory infections. The asylum-seekers are suffering also from gastric ailments and diarrhea. “All basic illnesses associated with not having adequate shelter and adequate hygiene facilities,” said Gillie.

Many of the old are weak and have preexisting conditions, like 77-year-old Dahab from Damascus. She is sitting in a wheel-chair being comforted by her son and his wife, who is six months pregnant.

They have been at Idomeni for ten days. And if the border isn’t opened what then? “We have nothing,” she said. “I don’t know what will happen to us.” She wants to join another daughter who is in Holland.

Gillie said there are also psychological needs not being met.

“We are seeing signs of trauma amongst adults and children alike. We have one psychologist doing group and individual sessions for people who are suffering various mental health issues associated with the journey, what they fled or the current situation they are in now. The anxiety about not knowing what is going to happen is putting a strain on people. The not-knowing is difficult. There are some people who have been here for more than two weeks and they are fed up and sick of waiting and don’t understand why they are being halted.”

Tension on the border

Feeling the tension on the border and seeing on the other side soldiers and Humvees, some of the children ask whether Macedonia and Greece are at war. The sound of a helicopter prompts some Syrian kids who associate choppers with barrel-bombs instinctively ducking.

The strain for the refugees shows at times among the adults.

On Thursday a fight broke out in one of the food distribution lines. Tempers flare quickly. On Friday, relief workers several times had to shout at people to step back.

Also on Thursday, an Iraqi husband beat up his wife — news photographers were quick to snap her bloodied face.

“The refugees were peacefully protesting, they shook the fence and then the guards started to hit them with batons. That prompted the refugees to throw stones at the guards who then responded with tear gas,” said a relief worker, who asked not to be named.

The camp effectively is split into two: an official camp with eight huge tents and several smaller community ones that Doctors Without Borders erected, and then around the official camp a sprawling tent city spread across muddy fields and among trees and along the tracks of a railway line.

In the distance the refugees can see the snow-capped mountains of Macedonia. The Macedonian razor-wire fences glint in the morning sunshine.

“There are over 10,000 people here and we are expecting many more,” Babar Baloch, a spokesman for the UN refugee agency, told VOA.

“The majority are Syrians and Iraqis and there are many women and children. We don’t expect there to be any change at the border and you can see the result here. The Macedonians are only letting a trickle of people through — 280 on Thursday. The situation is desperate. This is not a proper camp. No one anticipated a proper reception center would be needed here. The Greek authorities are doing their best but they are struggling and we need more resources and proper relief coordination.”

Refugees ask reporters frequently if they have any news of whether the Macedonians will re-open the border, or what they will face in other Balkan countries that, along with Austria, have imposed border restrictions. “Why won’t they allow us to pass?” asked Ahlam, a dark-haired 23-year-old Kurd Aleppo. She said she and her husband, a computer science teacher, left Syria because, “It is just too hard to survive there now.”

“There are dead bodies everywhere. That is why we decided to come. We don’t like going to another country but we just didn’t have another option. We want to go to Germany. We have cousins there,” she added. ”But why don’t the Europeans want us? We are educated. My family was successful. We owned three apartments and had land. We lost everything. But we can do well in Europe.”

Hopeful about the future

For all the anxiety about what the future may hold for them and their anger at being held up, most of the refugees show a remarkable patience and friendliness.

Shermin, a 19-year-old Yezidi from the Iraqi town of Dohuk, remains ebullient and hopeful about the future. She and her sisters and mother left Dohuk because they felt highly vulnerable as Yezidis and worried about whether Islamic State militants would manage to revive their battlefield fortunes and arrive in Dohuk.

“God willing, we will make it to Germany,” she said with a laugh and a smile.

The refugees display a protectiveness towards each other — including strangers. A small girl who couldn’t find her tent and burst into tears near a food queue immediately had people bustling around to assist her. Shortly after, an old, wrinkled Iraqi woman rose to embrace several journalists she saw enter the collective tent she was in — her way of thanking them for chronicling the story of the refugees at Idomeni.

With another 20,000 war refugees from the Middle East and migrants mainly from Africa bottled up elsewhere in Greece, Idomeni will soon swell with even more desperate asylum-seekers. Greek authorities are increasing their estimate of how many will arrive on their shores this month from 70,000 to 150,000. Local aid agencies say that may be an under-estimate and expect 200,000 by the end of the month. 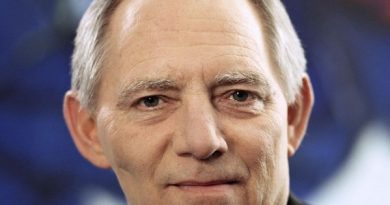 Schäuble gives Greece ‘deadline’ of end of June for solution 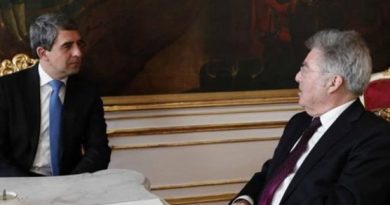 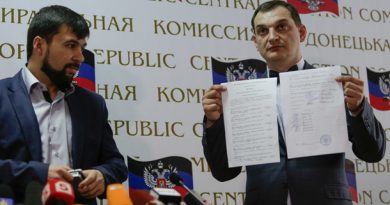