The initiative aims to fight the sexual exploitation of children online by taking action via the payment and ICT systems that are used to run these illegal operations. It builds on a previous project launched in 2009 which aimed at combating commercial websites facilitating the trade of child abuse material.

“Child abuse and its commercial exploitation are heinous crimes against our most vulnerable citizens. We must bring together key players from law enforcement, industry and civil society to halt the shameful trade in child abuse material. This coalition does exactly that,” Malmström said.

While enormous progress has already been made and the number of traditional commercial websites has decreased, one has witnessed over the past years a migration towards more opaque online environments, such as chat groups or private, peer-to-peer file sharing networks (darknet), Europol said.

Wainwright said: “As the commercial exploitation of child abuse takes new forms and is increasingly difficult to track, law enforcement needs to get a better insight into the payment and ICT capabilities of criminals. That is why co-operating with the private sector and civil society in the framework of such initiatives has become more important than ever.”

The new European Financial Coalition will work towards five objectives: Supporting international law enforcement investigations; wherever possible through co-operation with private stakeholders; assessing and studying the commercial child sexual exploitation on the internet through all kinds of internet environments, such as hosting services, newsgroups, etc; helping to protect legitimate private business interests from possible misuse of their services  perpetrated by criminals with the aim of distributing  child sexual abuse content through different information and communication technologies; empowering law enforcement and private companies in counteracting the problem through the delivery of training and sharing of resources; and informing decision makers and raising awareness among the public about the EFC’s activities

The chair of the new European Financial Coalition is held by Europol. The secretariat is hosted by Missing Children Europe in Brussels and led by a Steering Committee composed of representatives of Inhope, MasterCard, Visa Europe, Paypal, Microsoft, Google, Eurojust, the KLPD, and the International Center for Missing and Exploited Children (ICMEC). 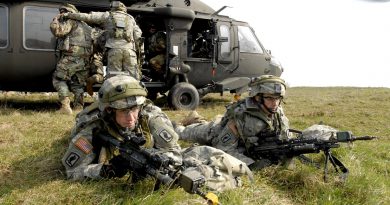