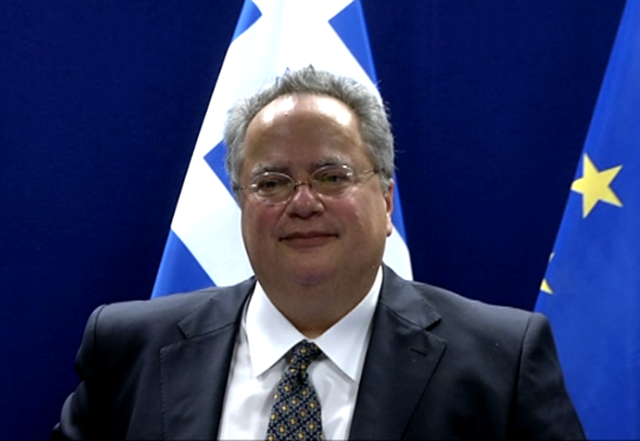 After Hungary, Greece has also decided that it will not heed European Commission guidelines on labelling products manufactured in Israeli settlements in the West Bank, the European Jewish Press reports.

The EJP said on December 1 that according to a report in the Times of Israel, the Greek decision was communicated to Israeli prime minister Benjamin Netanyahu by Greek foreign minister Nikos Kotzias in a letter, a few days after a visit by Greek prime minister Alexis Tsipras to Israel.

During the visit, Tsipras praised the importance of the relations between his country and Israel.

Last month, the European Commission, the EU’s executive body, announced new guidelines for the 28 EU member states to label products manufactured in Israeli settlements in the West Bank and Golan Heights and sold on the European market.

The new ‘’interpretative notice’’ on indication of origin of goods suggests that goods manufactured over the Green (pre-1967) Line may not state that they were “Made in Israel.” Rather, they should be labeled with a formulation such as “Product from the West Bank (Israeli settlements).”

Israel slammed the decision, calling it discriminatory and tantamount to a boycott of Israeli products. The EU said the measure was ‘’only technical’’ and the implementation of previous legislation. “This is a technical issue not a political stance,” European Commission Vice-President Valdis Dombrovskis told journalists when the measure was announced, adding that the EU “does not support in any form a boycott or sanctions against Israel.”

In Jerusalem, the timing of the decision, in the middle of daily Palestinian terror attacks against Israelis, was also denounced.

After the measure was announced on November 11, the foreign ministry summoned the EU’s ambassador Lars Faaborg-Andersen for a reprimand and issued a statement condemning the directive, saying that the EU was applying a double-standard by singling Israel out for legislation while ignoring the other 200 territorial conflicts in the world, including Northern Cyprus or Western Sahara, the EJP said.

The same day, the foreign ministry announced it was suspending dialogue with the European Union regarding the Israeli-Palestinian conflict. The ministry indicated in a statement that Israel was withdrawing from several bilateral forums dealing with the Palestinian issue.

“It is very important to the Europeans to be involved in the Israeli-Palestinian conflict and to hold a dialogue with us on the subject, but in light of their behavior it was decided to suspend all conversations with them about the matter,” Israeli deputy foreign minister Tzipi Hotovely said.

On Sunday, Israeli PM Netanyahu, who is also acting foreign minister, instructed the foreign ministry to “reassess’’ the EU’s involvement in the diplomatic peace process with Palestinians.

According to a statement by the foreign ministry, Netanyahu “ordered the suspension of diplomatic contacts with the institutions of the European Union and its representatives on this issue.”  A number of scheduled EU meetings have also been suspended.

Until the foreign ministry reaches an official decision on the matter, all diplomatic ties with EU institutions concerning the conflict will be suspended.

Israeli foreign ministry spokesman Emmanuel Nachshon specified that Israel will continue its diplomatic co-operation with European countries such as Germany, Britain and France, but will stop working with the EU itself.

Hungary also said it will defy the guidelines,  branding the decision “irrational.”

Hungarian foreign minister Peter Szijjarto, who also serves as his country’s trade minister, said that Hungary does “not support that decision. It is an inefficient instrument. It is irrational and does not contribute to a solution to the Palestinian–Israeli conflict, but causes damage.”

On Monday, the EU said it was standing by its decision to put special labels on West Bank exports, with EU spokesperson Maja Kocijancic saying that “there is no great change from the EU perspective’’ and that ‘’there is EU unity on this.”

EU foreign policy chief Federica Mogherini has reportedly sought clarification over the Israeli decision to freeze contacts with the EU on the peace process from Netanyahu on the sidelines of the Paris climate conference.

After a meeting of EU foreign affairs earlier this month, Mogherini suggested that the ministers would discuss again the issue of labeling of Israeli settlement products during their next meeting in December.

Russia Watch: Is Ivanishvili a Trojan Horse for Russia’s return to Georgia?