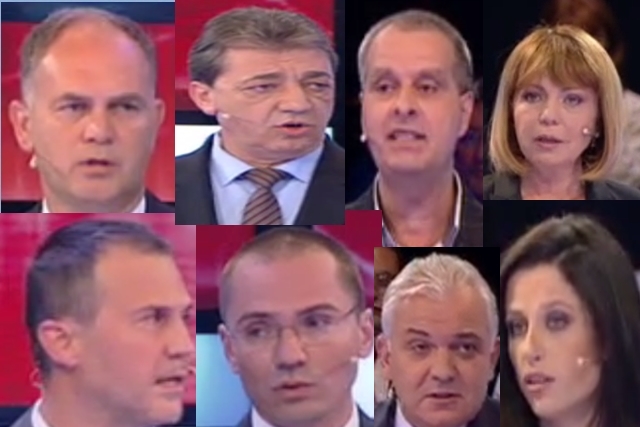 In the mayoral election in Bulgaria’s capital city Sofia on October 25, the contest is arguably incumbent Yordanka Fandukova’s to lose.

One of the most interesting aspects of the October 25 2015 Sofia mayoral race will be whether the election goes to a second round, which, if it does, will be on November 1. Several of the candidates competing against Fandukova assert that it will – with each, naturally, claiming that it will be he or she facing down and defeating her.

Fandukova has 20 rivals this time around, ranging across the political spectrum.

On the centre-right of the political spectrum, she is being challenged by Vili Lilkov, the candidate nominated by the Reformist Bloc, which even though it serves in the coalition cabinet at national level, has fielded candidates against Borissov’s GERB in the major cities (it is not alone in doing so; so have the other parties participating in the coalition deal, the nationalist Patriotic Front and Georgi Purvanov’s socialist ABC).

Lilkov was a long-time city councillor, and from 2011 to 2014 was deputy chairperson of the Sofia city council. In the early parliamentary elections of October 2014, he became a Reformist Bloc MP, from the quota of the Democrats for a Strong Bulgaria.

On the left, the split between the Bulgarian Socialist Party – currently, by far, the second-largest party in the national Parliament and thus the main opposition party – and the breakaway ABC is reflected in the Sofia mayoral contest.

The BSP has nominated Mihail Mirchev, owner of opinion polling agency ASSA-M, as its Sofia mayoral candidate. ABC, participating with the Bulgarian Social Democratic Party in the Serdica coalition, has nominated Georgi Kadiev.

Kadiev was expelled earlier this year from the BSP parliamentary group for standing against the BSP’s official candidate. A former Sofia city councillor, Kadiev was elected a BSP MP in the ill-starred 42nd National Assembly in 2013, and returned in the early elections in 2014. He twice before has been a Sofia mayoral candidate, for the BSP, losing on both occasions.

The Movement for Rights and Freedoms, the third-largest party in the National Assembly, has put up Andrei Georgiev as its mayoral candidate in Sofia. Georgiev was deputy governor of the Sofia region at the time of the 2013/14 BSP-MRF ruling axis. While it traditionally has nominated a mayoral candidate in Sofia, the MRF generally hardly has ever come anywhere in such elections in the capital.

The VMRO, which at national level is a partner in the Patriotic Front coalition, has nominated Angel Dzhambazki. Currently a member of the European Parliament, Dzhambazki won that post in May 2014 on the ticket of Nikolai Barekov’s populist Bulgaria Without Censorship party, but Dzhambazki and the VMRO parted ways with Barekov as the former talk show host’s political fortunes declined. Dzhambazki formerly was a city councillor.

The National Front for the Salvation of Bulgaria, Valeri Simeonov’s party that at national level is the other partner in the Patriotic Front, has nominated Sylvia Trendafilova, a presenter on Simeonov’s SKAT cable television channel (otherwise remembered as the platform for Volen Siderov’s Ataka programme, that transmogrified into Siderovs’ eponymous far-right party, before Siderov and Simeonov became politically estranged).

Ataka’s candidate in the 2015 Sofia mayoral elections is Yavor Notev, a lawyer, and who in 2014 was elected for the third successive time as a member of the National Assembly for Siderov’s party.

Alexander Tomov’s Bulgarian Social Democracy has nominated Alyosha Avramov, while independent MP Velizar Enchev’s Movement for Radical Change – Bulgarian Spring has nominated Hristo Dimov (as part of the pattern of some candidates and their parties having formerly had other political affiliations, Enchev initially was a Patriotic Front MP, but quit when the coalition agreed to take part in the government formation deal of November 2014).

Guner Tahir’s National Movement for Rights and Freedoms has nominated Vladimir Markov, the Movement Democratic Action D3 has nominated Stefan Ivanov, who was a city councillor for the now-defunct Blue Coalition that was formed by the UDF and DSB, former defence minister Nikolai Tsonev’s New Alternative has nominated Zhelyaz Turlakov (formerly with Yane Yanev’s Order Law and Justice party) and Mladen Mladenov’s National Republican Party has nominated Nikolai Gatsev, a former MP for the centre-right UDF (a party that is part of the Reformist Bloc) and a former municipal councillor. Gatsev’s most recent media-noteworthy stunt was to appear at the September 17 Day of Sofia celebrations wearing Native American headdress. It was not tremendously clear why, but by his account had something to do with mocking the political establishment.

Todor Barbolova’s Social Democratic Party (yes, yet another one) has nominated Ivan Lozanov, a Green party (there is more than one of those too, all of them with an unblemished record of electoral failure) has nominated Ivan Velkov, and the Bulgarian Radical Left has put up Petko Todorov.

The DEOS party has nominated music producer Viktor Lilov, a city councillor who was with the Reformist Bloc but quit over what he described as policy disagreements.

Finally, there is Maria Kalenderska, nominated by the BWC of Barekov. One of the first candidacies announced, months ago she said on television that her principal platform was expelling migrants and Roma from Sofia. She has an IMDB entry for her participation in the Bulgarian version of reality TV show Survivor in 2009 (the Pitogo tribe, if you must know) and otherwise got into the headlines in 2014 for bearing Barekov a son.

Kalenderska was one of eight, out of the 21 candidates, who took part in a 90-minute Sofia mayoral election candidates debate on public broadcaster Bulgarian National Television in the final week before the October 25 vote. The others were Fandukova, the BSP’s Mirchev, the Serdica coalition’s Kadiev, the MRF’s Georgiev, VMRO’s Dzhambazki, Ataka’s Notev and the Reformist Bloc’s Lilkov.

Most of the candidates directed their fire at Fandukova, each obviously eager to present themselves as her main rival, though Dzhambazki clearly enjoyed his sideswipes at the MRF’s Georgiev – that party being the bete noire of all right-wing and nationalist formations.

In an illustration of the old debate about whether, in an election, incumbency is a blessing or a curse, Fandukova was criticised over public transport, parking, security, and corruption – though these were the topics chosen by BNT for candidates to debate.

Dzhambazki and Kalenderska, to say nothing of Notev, focussed in particular on the supposed threat posed by migrants in the centre of the city and on petty crime and illegal construction in Roma areas, while Kadiev and Lilkov devoted more energy to challenging Fandukova over public transport issues, with Kadiev in turn putting a heavy emphasis on corruption – insisting that where Fandukova’s administration has investigated alleged corruption, it was because he had reported it.

Fandukova, in turn, seemed to have no difficulty in elegantly slapping down Kadiev – given his previous place as a city councillor, this was hardly the first time they have sparred – at one point telling him that ideas he was putting forth had been tried and failed.

In the debate, her strategy clear was to remain calm, respond to no provocations, and point to the city’s record in recent years – the extension of the metro underground railway, among others. However, subjectively, the best other performers in the debate were, in no special order, Kadiev – given his experience as a politician – and Lilkov, who had the most of substance to say. The BSP’s Mirchev was notable largely for the slightly outsize jacket he wore, hardly a sartorial dream for a television appearance, and which appeared to be the unfortunate progeny of a dressing gown and a tablecloth. 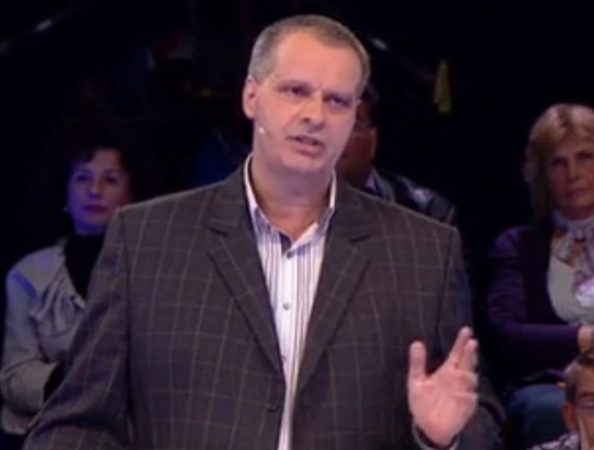 On Sunday, it will be up to the voters in Sofia to decide whether the election will go to a second round. In a city with strong centre-right electoral traditions, it may well be the Reformist Bloc’s Lilkov who could mount the strongest challenge to Fandukova, but the bloc’s performance could also be shaped by its electorate’s view on its participation in national government. In turn, whatever the opinions among Sofians of Fandukova and how she has fared in the mayor’s chair in the past six years, the vote also will be, to an extent, a referendum on the performance of GERB itself. Nor, considering opinion polls showing up negative attitudes towards migrants, can it be excluded that among the three (of the eight who took part in the BNT debate) candidates hammering that issue, at least one or two may get some benefit from this sentiment.

In the absence of recent public opinion polls, too-firm predictions should be avoided. But it could be that private polls were behind Fandukova’s apparent calm and confidence – and whether that was a pose or whether had some basis in background, should become clear late on the evening of October 25.