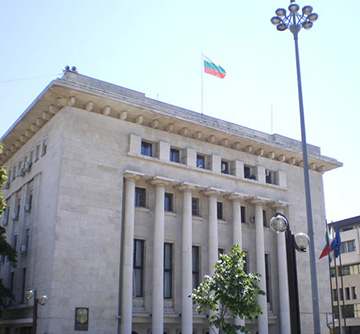 In mayoral elections in Bulgaria’s Black Sea city of Bourgas on October 25, the “battle” may be less over who is the next mayor but only over betting by how much incumbent Dimitar Nikolov will win a third term.

Nikolov became mayor the first time in 2009 with a second-round victory over Valeri Simeonov, owner of nationalist cable television channel SKAT and then the candidate of far-right party Ataka. Nikolov got 65.3 per cent of the vote on the second round, after getting 42.7 per cent on the first.

In 2011, Nikolov made headlines with the scale of his first-round victory, gaining 70.8 per cent. Simeonov again ran second, but with 11.25 per cent. Nikolov’s victory was achieved in part by the fact that a range of centre-right and right-wing parties supported him.

In 2015, Simeonov is not standing as a candidate. These days, from Parliament he co-leads the Patriotic Front, the nationalist coalition that supports the government headed by Boiko Borissov, leader of the GERB party of which Nikolov is something of a local star.

Simeonov’s party, the National Front for the Salvation of Bulgaria, does have a horse in the race, Boiko Mirazchiiski. Simeonov boldly suggested in a recent media interview that Mirazchiiski would go on to a second round against Nikolov. Whether or not he had a defensible reason to say will become clear on October 25, but Bourgas, the home town of SKAT, has for some years been something of an ultra-nationalist stronghold, rendering the highest (in relative terms, compared to other cities and towns) support to Ataka and the NFSB.

The Bulgarian Socialist Party has nominated lawyer Evgeni Mosinov to stand against Nikolov in Bourgas in 2015. Mosinov will be trying to outdo his BSP predecessor as Bourgas mayoral candidate in 2011, who ran third with just less than double figures.