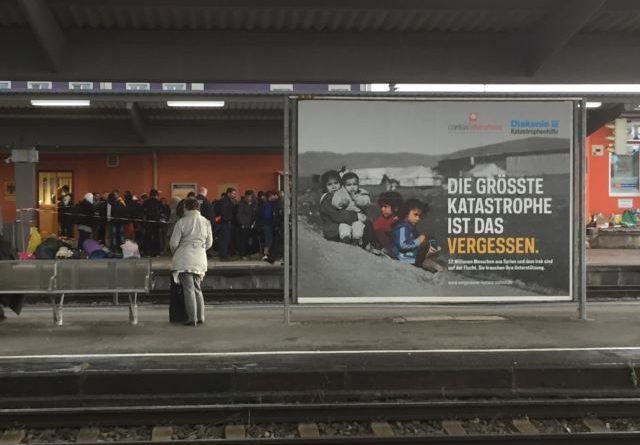 Germany’s Bundestag began formal debate Thursday on reforms to the country’s asylum laws, including plans to reject applicants from “safe countries of origin” and expanding that list of countries to include Albania, Kosovo and Montenegro.

“We are clearly committed to integrating those who are worthy of protection,” Interior Minister Thomas de Maiziere told lawmakers. He also added, however, that those deemed unworthy of refuge would have to leave the country.

(Migrants await their fate at Freilassing’s train station in Germany near a billboard by charity groups urging Germans to support refugees. It reads: ‘The biggest catastrophe is forgetting. 12 million people from Syria and Iraq are fleeing. We must support them’. Photo: L. Ramirez/VOA)

Number of counterfeit euro coins confiscated up by 17% in 2012, ECB report says