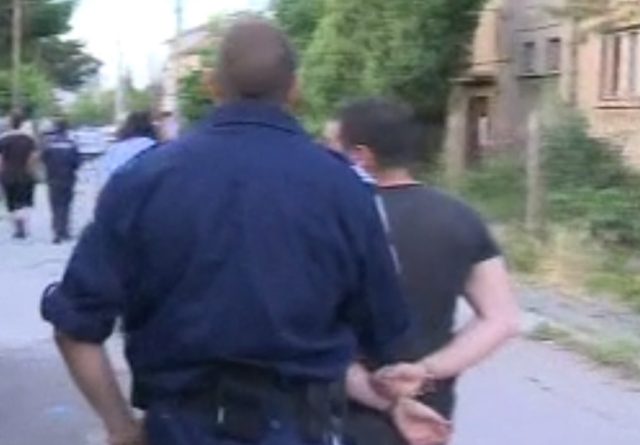 The parallel dramas over tensions between Bulgarians and Roma have been continuing in two places in Bulgaria, with more than 20 people – many of them outsiders – arrested for aggression against police in Sofia’s Orlandovtsi area and with gendarmerie foiling an attempt in the early hours of the morning to storm the Roma area of Garmen.

Both Garmen and Orlandovtsi have made headlines for clashes between Bulgarians and Roma, each followed by protests by residents calling for action against everyday crime, and each seeing an influx of outsiders – variously described as “football fans” and as agents provocateur.

At a protest in Orlandovtsi on the night of June 15, a number of people were arrested for aggressive behaviour towards law enforcement officers. An Interior Ministry statement put the number at 20, but some media reports said 34 were held.

Public broadcaster Bulgarian National Television reported Sofia Interior Ministry directorate head Mladen Marinov as saying that of 34 people detained, five had criminal records. Of the total, only eight were registered as living in Orlandovtsi and nearby Benkovski. Those arrested were aged between 18 and 25.

The Interior Ministry said that the start of the Orlandovtsi protest, 14 people were arrested for not being in possession of identity documents.

The police called on people to remain calm and to not respond to provocations.

A protest organiser in Orlandovtsi distanced the protest from the aggressive behaviour during the demonstration.

“On several occasions during the protest last night (protesters) said that they have no problem with the Roma who live in the neighbourhood, but they suffer from attacks by Roma groups from the neighbouring district Benkovski,” BNT reported.

Meanwhile, a group of 50 to 60 people attempted to storm the Kremikovtsi area of Garmen, a Roma residential area, at about 1.30am on June 16. The group were carrying “hard objects” as weapons, reports from the scene said.

The group was prevented from entering the area by gendarmerie who have been deployed there since the original clash in Garmen on May 23. No arrests were made.