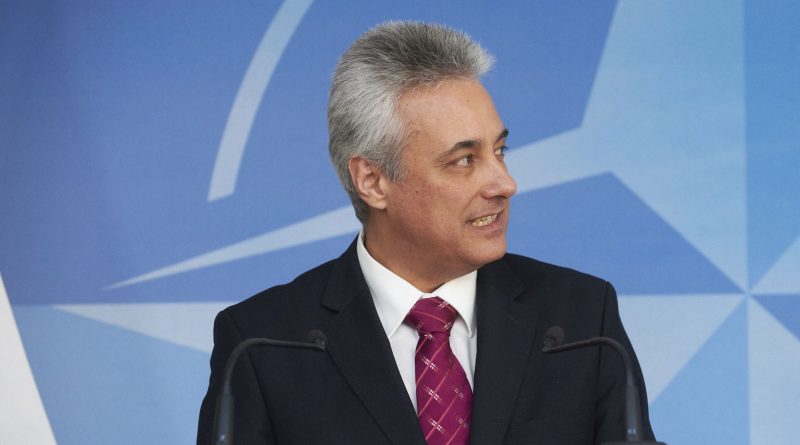 Bulgarian Prime Minister Marin Raykov has said that if there was confirmation that there was illegal eavesdropping, it would be a very unpleasant sign about the state of democracy in Bulgaria, but also has cautioned that pre-trial investigations are not the equivalent of criminal charges.

Raykov was speaking on April 17, two days into the furore that has resulted after a team of senior prosecutors released the initial findings of a special two-week investigation into alleged unlawful wiretapping of a number of top state and political leaders as well several business people.

Led by Prosecutor-General Sotir Tsatsarov, the investigation – which is to have a sequel – has led to the opening of pre-trial proceedings against four Interior Ministry officials, of which two have been suspended. One, Radko Dimitrov, was suspended for allegedly obstructing the investigation and destroying evidence.

Matters took a new turn when Interior Minister Petya Purvanova said that there may have been no deliberate destruction of evidence, while separately in an interview, Interior Ministry chief secretary Kalin Georgiev said that no evidence had been destroyed and nor had anyone at the ministry obstructed the prosecutors’ investigation.

The eavesdropping has wide political implications ahead of Bulgaria’s May 12 ahead-of-term national parliamentary elections. The prosecutors’ findings led rival parties to call for the withdrawal from politics of GERB party election campaign chief and former interior minister Tsvetan Tsvetanov, citing his pledge to do so were evidence of illegal eavesdropping while he was interior ministry be found.

Tsvetanov has refused to quit politics, saying that no such evidence has been found.

Raykov said on April 17 that he had asked Interior Minister Purvanova to sign documents authorising the use of special surveillance equipment only in the presence of other colleagues. He said the use of such equipment could not be stopped because it was not only connected with wiretapping.

Raykov, Prime Minister of a caretaker government pending the formation of a government after May 12, told journalists that pre-trial proceedings did not represent criminal charges.

At the same time, this did not mean that the government was turning a blind eye to the findings by the senior prosecutors, saying that even the suspicion of unlawful activities was a matter for concern.

Raykov in effect endorsed a call by Tsatsarov, who said on April 15 that the use of special surveillance techniques should be removed from the Interior Ministry and set up under a specialist body (an idea that Georgiev poured scorn on his April 17 interview, saying that this idea had been raised a number of years ago but dropped when it was found to be prohibitively expensive).

Bulgarian society should be given the certainty that there could be no doubts about the use of special surveillance and that it was under effective parliamentary control, Raykov said.

Referring to the prosecutors having found that there was an absence of clarity and proper rules on the use of electronic surveillance, Raykov said that his opinion was that Interior Ministry regulations could be improved so that there was a 100 per cent guarantee that “outrages” of the kind suspected could not be possible.

He said that a chance should be given to the Prosecutor-General’s office to continue its analysis, after which there would be a response to the findings, whether criminal charges were laid and what the basis of those charges was.

If the hypothesis was confirmed that there had been illegal surveillance during the time of the caretaker government, “I would be unhappy if this was still done in the early days of the term of office of this government, but I do not believe so. I just cannot believe that this is so,” Raykov said.

He declined to comment on the statement by Purvanova that the records had not been deliberately deleted but that this was a case of faulty equipment. Raykov said that he had insistence on the suspension of the two officials, but added that they were presumed innocent until proven otherwise.

Meanwhile, after his statements to Bulgarian-language media, Interior Ministry chief secretary Georgiev was summoned by prosecutors for questioning.

Georgiev said that no material from special electronic surveillance had been deleted, there had been no obstruction, and that he was sure that there was a logic explanation between discrepancies established in the specially-equipped surveillance car being used while official records showed it as having been in the garage. He said that records had not been deleted but were inaccessible because of faulty equipment.

The same morning, April 17, that his reported statements appeared, Georgiev was summoned for questioning – with prosecutors keen to know why he had not made such statements when he was among several people interviewed during their investigation.