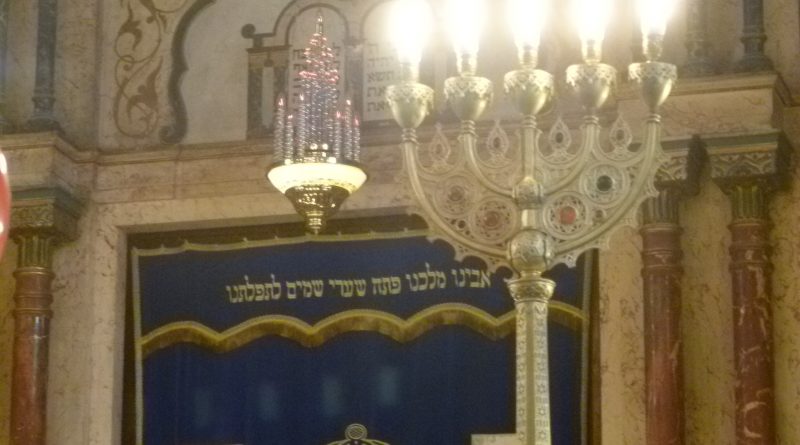 An anti-Semitic slogan, “death to Jews”, along with a swastika were daubed on a fence outside Sofia Central Synagogue on June 4 2014, the day this year that celebration of Shavuot began, the Shalom Organisation of the Jews in Bulgaria said.

Security cameras outside Sofia Synagogue recorded the perpetrator and the recordings have been handed to the authorities.

The Shalom organisation and the Central Israelite Religious Council both strongly condemned the incident and said that they awaited the authorities apprehending the perpetrator.

An encroachment on one of the symbols of Judaism in Bulgaria proved once again the need to begin a dialogue against acts of hatred, xenophobia and anti-Semitism in order to preserve human values, the organisations said.

The incident involving anti-Semitic graffitti is one of a number in Sofia in recent years. A recent report by the Anti-Defamation League outlined the incidence of anti-Semitism in Bulgaria. Also in recent years, a civic initiative has been held in the capital city once a year, to clean walls and surfaces of racist and anti-Semitic scrawlings.