Results in the Bulgarian caretaker cabinet’s campaign against vote-buying appear to have been mixed, with Interior Ministry leadership hinting at political allegiances meaning that investigations in some areas of the country were less than thorough.

Seventy pre-trial investigations had been initiated in the past two weeks and three people had been sentenced, caretaker Interior Minister Yordan Bakalov said.

Bakalov, speaking at a meeting of the electoral council at the cabinet office, repeated his allegation that there were politicians involved in vote-buying, but he was unwilling to name names – beyond saying that Movement for Rights and Freedoms MP Kamen Kostadinov had “controlled” the election in the village of Galiche.

Gounev said that the previous government had replaced all the heads of the regional directorates. Politicisation percolated down to lower levels such as heads of district offices and heads of police stations, posts generally not watched by the wider public.

Politically-backed promotions tended to result in problems in investigating vote-buying “as it ends up with a conflict of interest because they have to investigate those who appointed them. Some directors, although promoted by some parties, do not go along with this and do their jobs, but others feel dependent and are more passive,” Gounev said.

A preliminary analysis had found high rates of vote-buying in Varna and Pazardzhik. Now, the ministry’s leadership was analysing whether those supposed to have taken action against vote-buying had not done a good job.

Bakalov said that the vicious cycle had to be broken. “Such people become MPs and the people who fight the buying and selling of votes, namely my employees, at one point get there and say, ‘but tomorrow he will control us’.”

He confirmed that the Interior Ministry has information regarding alleged vote-buying in Galiche.

“The money was distributed in a completely different way, meaning, such as donations to youth groups, to a seniors’ club, and so on. We knew and checked up, but it cannot be said that we succeeded”.

Bakalov said that some district offices had fulfilled his orders to be very active during the elections but others had not.

Those who had done their jobs properly had got thank-you letters and notes on their personnel files while those who had been “static” had been issued formal warnings, he said.

Bakalov said that in Varna, Pazardzhik, Smolyan and other places, matters had not gone well. “They did some kind of work in connection with the election but not enough.”

Poll: Only 32% of Bulgarians willing to accept Muslims as family members 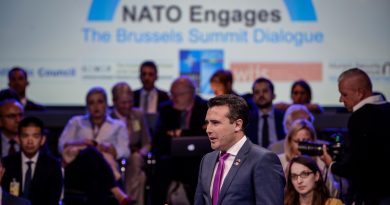