Tsvetanov was charged with obstruction of justice for refusing to authorise wire-tapping as part of a police investigation.

According to the Prosecutor’s Office, Tsvetanov denied the use of wire-taps against Orlin Todorov, who was head of the Veliko Turnovo unit of the chief directorate for combatting organised crime (CDCOC) until his resignation in May 2013, which prevented the collection of evidence against Todorov. As interior minister, it was Tsvetanov’s duty to authorise the wire-taps after a court order had been issued, the prosecution said.

(Florov was suspended last year when the Prosecutor’s Office opened an investigation after Bulgarian media were emailed copies of confidential reports showing that Florov had been the target of investigations by Bulgarian intelligence services, between 1999 and 2002, on suspicion of accepting bribes in exchange for alerting alleged criminals of investigations against them.)

Earlier on May 29, media reports claimed that the prosecutors asked for a three-year suspended sentence – a serious enough sentence, because it would prevent Tsvetanov, one of the deputy leaders of opposition party GERB, from holding public office for those three years.

The court did not make its motives for handing a heavier sentence available immediately.

This is the second trial against Tsvetanov to conclude this week. On May 26, the Sofia City Court acquitted him on charges of embezzlement, namely authorising the payment of 50 000 leva for Todorov upon his retirement from the ministry.

On May 30, the court will also hold its first hearing in the third criminal lawsuit against Tsvetanov, in which he is charged with alleged failure to exercise oversight over the use wiretaps by the Interior Ministry during his time in office. 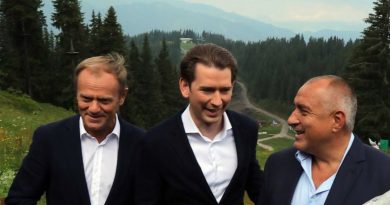