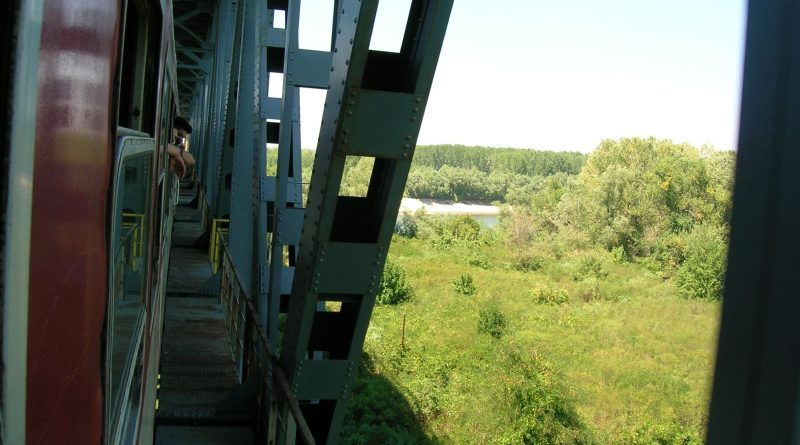 The expression that there is always a silver lining is well-worn, but in one case it has proved to be true – after Bulgarian customs officers searched a Romanian woman and found about 1500 euro worth of silver jewellery concealed in her underwear.

The silver jewellery, adding up to about half a kilogram, was found during a search on October 16 2012, the Bulgarian Customs Agency said.

Customs inspectors conducted the search on a passenger train travelling from Istanbul to Bucharest.

The young Romanian woman was selected for a thorough check, the agency said. She was found to have in her possession about 45 pairs of earrings, 36 medallions, 29 rings, five chains and 14 bracelets, all made of silver, local news agency Focus said.

The items seized were estimated to be worth 3000 leva (about 1500 euro). The smuggled goods have been confiscated as forfeit to the state and the woman faces a fine, expected to be up to 3000 leva.

(Photo, of a train crossing the border on the bridge over the Danube, from Giurgiu (Romania ) to Rousse (Bulgaria): TwoWings)