The European Commission has asked countries that have signed up to the South Stream gas pipeline project promoted by Moscow to renegotiate their bilateral agreements to bring them in line with EU law, Marlene Holzner, spokesperson for European energy commissioner Guenther Oettinger, said on December 5.

Holzner was asked to elaborate on the EC’s position after a report by news website Euractiv.com, which specialises in EU news, said that Klaus-Dieter Borchardt, director for energy markets at the European Commission, made the announcement during an event in European Parliament on December 4.

The report was widely picked up by media in Bulgaria, where South Stream is a divisive issue, but has the backing of the ruling axis and the government of Plamen Oresharski. Bulgaria held a “first welding” to mark the ceremonial start of construction on South Stream in the country in October.

The EC’s main issues with the existing intergovernmental agreements are three-fold, as outlined by both Borchardt and Holzner – the fact that Gazprom cannot own both gas production and transport capacities because that breaches EU’s Third energy package regulations, securing non-discriminatory access to third-party suppliers of gas to use the new pipeline (current agreements specify that only Russian gas is to be shipped through South Stream), and also the issue of who sets the gas transportation tariffs (under EU law, that should be done by gas grid operators, not Gazprom).

Holzner said that the Commission made its concerns known to the EU member states that South Stream will pass through – a first exchange happened in August and again at a subsequent meeting.

“It was decided that we, the European Commission, would inform Russia that such renegotiations would take place. That we have done with the letter that was sent out two days ago and we now expect that the member states will approach Russia,” Holzner said. She said that the European Commission was prepared to assist in such talks.

“In case that Russia says ‘we do not want to renegotiate this international agreement’ then we have to advise member states not to apply this agreement because it is not in accordance with EU legislation. If [member states] go ahead, we may have to start infringement proceedings,” Holzner said.

She said that the EC did not have the powers to stop construction work on South Stream, but it could enforce EU laws when the pipeline is completed. Legal uncertainty about the future of South Stream could, however, could prove costly because banks would be unwilling to make loans available to build the pipeline or demand additional guarantees, Holzner said.

The total cost of South Stream’s construction remains uncertain. Gazprom has estimated the cost at 16 billion euro, including 10 billion euro for the 925km offshore stretch under the Black Sea and six billion euro for the 1455km onshore section that will cross Bulgaria, Serbia, Hungary and Slovenia before it reaches its final destination in Italy.

Some analysts and critics of the project have expressed doubts about Gazprom’s valuation. The cost of the Bulgarian section alone has – in statements by Gazprom CEO Alexey Miller – gone up from 3.1 billion euro to 3.5 billion euro over the past year.

South Stream is the cornerstone of Russia’s policy to build new transit pipelines bypassing Ukraine, the result of price disputes between Moscow and Kyiv that led to interrupted gas deliveries to Europe in 2006 and 2009. Construction is scheduled to be completed by end-2015 and, at full capacity, which South Stream is scheduled to reach by 2018, Gazprom would pump 63 billion cubic metres of gas a year through the pipeline. 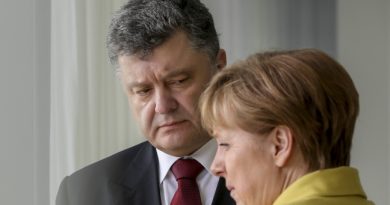