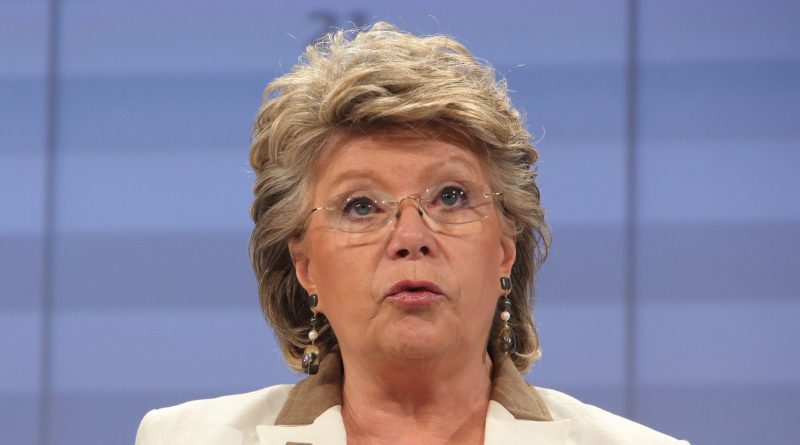 Citizens of European Union countries living in other member state most likely are there to work and not as part of a small minority of “welfare tourists”.

This much emerged from remarks by European Commission Vice President Viviane Reding, speaking on October 8 to a meeting of the interior ministers of the EU’s 28 member states.

She also spoke of a “five-point” plan by the EC to combat abuses of social welfare systems in EU countries.

Using information from the interior ministers of 19 EU states, who responded to a request made in May, on “factual information on free movement”, Reding underlined that free movement was the EU Treaty right that most citizens valued the most and saw as the most important achievement of EU integration.

“It goes to the heart of Union citizenship. In addition, 67 per cent think that free movement is an asset for their country’s economy,” Reding said.

“It is our common responsibility to strongly uphold this right. The four freedoms anchored in the Treaty cannot be picked and chosen. You will always see me fighting for preserving free movement, but I will also always be on your side when it comes to using existing EU tools to effectively fight against abuse,” she said.

At the end of last year, only 2.8 per cent of EU citizens (14.1 million) were residing in another member state. Annual cross-border mobility rate in the EU is only 0.29 per cent. These figures are very low: in the United States, annual mobility rate of persons between the 50 States is 2.4 per cent.

Evidence suggests that the main motivation for EU citizens to make use of free movement is work-related, Reding said.

As a result of post-enlargement mobility between 2004 and 2009, GDP of EU 15 is estimated to have increased by almost one per cent.

“We have to ask ourselves why some two million vacancies remain unfilled in the EU despite the crisis. For me, it means that we need a genuine European labour market, like in the US.” The European Commission was taking concrete actions to achieve this objective, she said.

Reding told the EU ministers: “Some of you asked the Commission to look into the effects of free movement on your social benefit schemes. Facts and figures that several of you provided help putting things in perspective.

“They show that the percentage of mobile EU citizens who receive benefits is relatively low, compared to member states’ own nationals and non-EU nationals.”

Of the the “mobile EU citizens,” Reding said, most move to work.

“When you walk through your high streets and hear people talking with a foreign accent, it is very likely that these persons are net contributors and not ‘welfare tourists’. The share of those who are economically inactive is small. This gives a sense of proportion to the debate,” Reding said.

“I am as strong in upholding the right to free movement as I am firm in fighting fraud and abuse. Abuse weakens free movement. The Commission stands by the member states when they make use of all the safeguards provided by EU law,” she said.

Reding called for support to implement five “very concrete” actions that will ensure that free movement rules strike the right balance between rights and obligations.

First, to fight abuse and fraud to free movement, the Commission is working with EU member states to produce a handbook on marriages of convenience. This handbook will provide clarity to national authorities on the framework in which they can operate.

Second, the Commission has been working closely with the EU countries to clarify the concept of “habitual residence” pursuant to a regulation on coordination of social security schemes and a guide with practical examples will be published by the end of the year. This will concretely help authorities to use the Habitual Residence Test to its full extent, Reding said.

Third, the European Social Fund has been there to help national and local authorities in meeting social inclusion challenges. For the new programming period 2014-2020, the Commission has proposed an increase for this priority to 20 per cent of the whole ESF allocation in each member state compared to the current share of about 15 per cent. “I very much hope that member states agree on this,” Reding aid.

Four, the Commission has made a lot of effort to make sure that the European Social Fund is used to its full extent in all member states and the money arrives where it is needed, she said. It will continue to bring together managing authorities from the member states to exchange best practices,” Reding said.

Finally, the Commission will invite mayors in spring 2014 to discuss challenges and exchange best practices. “In addition, as announced in the EU Citizenship Report 2013, the Commission will develop an on-line tool to help staff in local authorities understand and apply free movement rights of EU citizens, in cooperation with your experts,” she said.