The European Union has suspended military sales to Egypt for items it believes could be used for repression. The United States, meanwhile, is considering a cutoff of its $1.3 billion in annual military aid. Neither the EU nor the U.S., however, is cutting economic or humanitarian aid, and Egypt’s military-installed interim government does not seem too concerned.

Officials in Washington and European capitals have been agonizing over what to do about the military takeover in Egypt and the interim government’s crackdown on its opponents. The question is whether to cut aid or whether to maintain the aid in order to keep some leverage on the country’s new leaders.

The Europeans made at least a partial decision Wednesday, suspending some types of military sales but not cutting humanitarian aid. The United States continues to consider what to do about its aid.

Egypt needs the U.S. money to maintain its sophisticated, largely American-made weaponry. But Egypt expert John Chalcraft at the London School of Economics said there is a larger aspect to the U.S. military aid.“It is a strategic rent that comes to Egypt in return, above all, for the ongoing Camp David Peace Treaty with Israel. So the significance of it is political and geopolitical, more than it is economic.”

No one expects Egypt to return to a state of war with Israel if the U.S. aid is cut off, but Chalcraft said a new uncertainty would be introduced in an already tense and troubled region.

The economic aid is smaller and sympathetic governments in Saudi Arabia, Kuwait and the United Arab Emirates have already provided far more to the interim government than the West provides – as much as $12 billion, according to the deputy director of Cairo’s Ahram Center for Political & Strategic Studies, Magdy Sobhi. “This aid is crucial from the angle that it will ensure that the government can function without having a daily concern over the provision of necessary resources for importing necessary needs.”

Already, the interim government has provided more basic supplies, like gasoline, than the previous government was able to provide. And Interim Finance Minister Ahmed Galal told reporters he is not worried about any cut in Western aid. ”What is happening is we are maybe, maybe we don’t know that, maybe losing some money in some place but we are getting some money or even more money from another place. So in a way at the end of the day, my books are okay.”

Egypt’s army ousted the only freely elected president in the country’s long history last month, and last week led a brutal crackdown on opponents of the move, leaving more than 1,000 civilians dead.

So while Western nations agonize over what is at least a temporary retreat from democracy, the army and its government garner significant support among the Egyptian people and key regional leaders. The common theme is dislike for the Muslim Brotherhood – the global conservative Islamic movement that launched the career of deposed President Mohamed Morsi and continues to provide his support base.

The West is no fan of the Brotherhood, but finds itself having to balance that with its dislike of military takeovers, and its revulsion at the blood on the streets. And now the position is even more awkward, as it finds one of its key levers of power, financial aid, is not as strong a lever as it had thought. 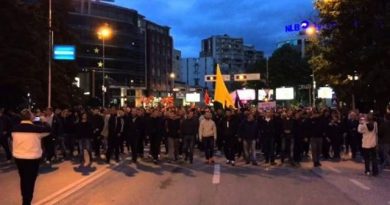 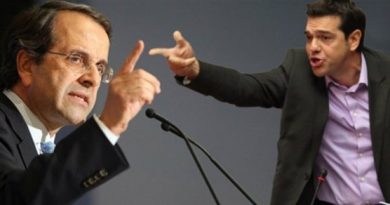