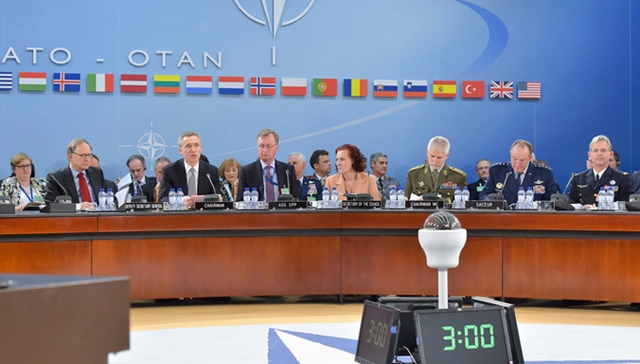 Nato defence ministers have agreed at a February 10 2016 meeting on an “enhanced forward presence in the eastern part of our alliance,” Nato Secretary-General Jens Stoltenberg said, referring in effect to alliance member states in Eastern Europe.

A Nato statement said that the defence ministers had taken steps to strengthen the alliance’s defence and deterrence posture.

“It will be rotational and supported by a programme of exercises; and it will be complemented by the necessary logistics and infrastructure to support pre-positioning and facilitate rapid reinforcement.

“Our military planners will provide the advice on the size and composition of our enhanced presence this spring,” Stoltenberg said.

He welcomed the announcement made by many allies on how they would contribute and pointed out that further decisions will be taken at the Warsaw Summit in July.

Speaking ahead of the meeting, Stoltenberg said that Nato had already significantly enhanced its presence and readiness of its forces.

He said that allies had committed the assets needed for air policing, maritime patrols and exercises, the first six small headquarters or Nato Force Integration Units had been activated and two more would be set up in the near future.

Stoltenberg added that at the end of 2015, “we agreed assurance measures for Turkey – with AWACS surveillance planes, air policing, an increased naval presence in the Mediterranean and in the Black Sea and we decided to continue the deployment of our Patriot batteries to augment the air defences of Turkey”.

Replying to a question, he said that the increased readiness and the increased forward presence of Nato forces was “a response and something which underlines that Nato is ready to defend all Allies against any threat regardless where it comes from”.

“Our deterrence is based on this combination of forward presence combined with a strong ability to reinforce if needed.

He said that this was a multinational force.