If the topic of the European Union’s future budget does not interest you that much, the answer to the question posed in the headline is, probably neither.

But to go into more detail, the best-case scenario would probably be one of a compromise in which neither side is entirely comfortable, but that keeps the reason that the EU exists at all on track. Any suggestion of compromise, however, not only at the current writing seems towards the improbable end of the scale of difficulty, but also would have both sides howling with indignation.

It is a slight misnomer to speak of a budget battle in the EU. That is because there is a battle and then there is a war.

In the short term, there is the current standoff over the 2012 budget, which on November 13 saw the European Parliament walk out of negotiations with the European Council over “emergency spending” to meet urgent needs. This incident, which has been building up for some time, came ahead of the November 15 release of flash estimates by EU statistics office Eurostat showing the 17-member euro zone to have dropped back into recession for the first time since the advent of the 2009 recession prompted by the global financial crisis.

The November 13 episode also came ahead of the November 22 to 23 summit of EU leaders called to settle the big question of the bloc’s 2014 to 2020 Multiannual Financial Framework. It is on the issue of this seven-year spending framework that the war is being fought, mainly between two sets of EU states that have united around their respective perspectives. These are the Friends of Cohesion Policy, on the one side, and the Friends of Better Spending, on the other. Not surprisingly for long-time observers of the island’s relations with the wider bloc, the United Kingdom is a friend unto itself, with a point of view more hard-line than the Friends of Better Spending.

Among these countries, the future will be decided of the current arguments around the Multiannual Financial Framework presented by the European Commission in June 2011, which envisaged spending of about a trillion euro over the seven-year period.

The Friends of Better Spending, with most of the countries that are the biggest contributors to the EU at its core, is arguing for a tightly-clenched fist on the purse strings, and at that a household budget that takes account of the bloc’s economic troubles and the decisions by several countries to take the route of austerity. When even the best-off EU states are cutting back, they argue, the bloc itself should hardly be in expansive mood when deciding about spending.

The Friends of Better Spending, made up of Germany,France,Finland,Austria, Sweden and the Netherlands, want an EU that has its feet firmly on the ground of a continent that currently is cold and stony. They favour, among other things, macroeconomic conditionality, the notion that even budgeted-for structural funds could be suspended from member states that conduct inappropriate economic policies. They target, in particular, the Cohesion Policy, the money conceived as the instrument of growth to allow the bloc’s less-well-off members to catch up with the relatively well-off.

The eagle-eyed may have noted that not all of the big five contributors are members of the Friends of Better Spending. Spain is in the other camp, the Friends of Cohesion Policy. So are Greece and Portugal, although the fact that three of the EU’s most troubled economies are in this group should not be read as prejudice against its arguments – because the cohesion policy camp also includes some of the EU’s best performers in fiscal stability.

Bulgaria, the Czech Republic, Estonia, Greece, Latvia, Lithuania, Malta, Portugal, Slovakia, Slovenia and Spain make up the Friends of Cohesion Policy. At their most recent meeting, also in attendance were Croatia, which will join the EU in 2013, and Cyprus, current holder of the rotating presidency of the EU and which frightened the horses in the 2012 budget battle by coming up with spending envisaging severe cutbacks.

Bulgaria’s leaders – including President Rossen Plevneliev, Prime Minister Boiko Borissov and Foreign Minister Nikolai Mladenov – have been determined to set out time and again, in a series of multilateral and bilateral meetings and speeches, the arguments of the Cohesion Policy group.

Up against the Friends of Better Spending’s campaign to carve about 200 billion euro of the more than trillion proposed, the Friends of Cohesion Policy argue that only maintaining current levels of spending would effectively act against current disparities among the various regions of the EU. Cohesion Policy should be seen not as a big-ticket item but rather should be measured by its effect on economic growth and job creation.

The pro-cohesion policy group concedes that while they are adamant that the funding must be used to assist the bloc’s least-developed member countries, a look can be taken at a mechanism to phase out assistance as growth occurs and gaps close. The group wants flexibility, empowering member states to use the assistance as they see best precisely they know their own needs the best, and – naturally – are concerned by what macroeconomic conditionality could mean in real life.

How will this play out? It is difficult to envisage the battle over the 2012 budget and the war over the seven-year financial framework producing outcomes with differing effects. Either Europe spends according to the spirit of the purpose of the existence of the bloc – and towards the goals of the Europe 2020 Strategy, intended to make the EU a competitive player on the global bloc – as the Friends of Cohesion Policy would argue, or Europe comes as close – as it is every likely to – to cutting its coat according to its cloth.

This is, of course, far from the first time that the EU has divided into rival camps over budget issues. As with other issues, such matters are usually resolved by marathon; ultimately, any attempt to force the issue would likely result in threats of vetoes becoming reality. That said, however, given what is at stake, hopes frequently expressed – including byBulgaria, among others – that resolution would be achieved on deadline, in the case of the MFF by the end of the year, may not come to pass. 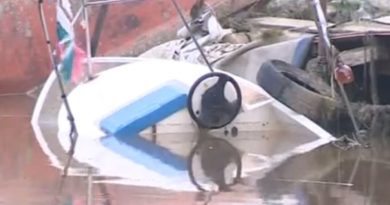