The Holy Synod, the governing body of the Bulgarian Orthodox Church, is to meet on November 14 2012 to discuss preparations for the election of a new Patriarch – but Plovdiv Metropolitan Nikolai has said that he will not attend because he is observing 40 days of mourning for late Patriarch Maxim.

Nikolai and the lobby that has wanted the election rules changed to allow the 43-year-old Plovdiv church chief to be eligible for election as church chief appear to have been defeated, and Nikolai has continued to hit out at the way that Varna Metropolitan was chosen as interim chairperson of the Holy Synod.

On November 10, Kiril won seven votes at a meeting of the Holy Synod from which some metropolitans were absent because they were abroad. Nikolai has protested that the outcome of the election was not in accordance with church rules, an allegation rejected by Kiril.

After the November 14 meeting was announced, with preparations for the convening of a church-laity public council that will elect a new Patriarch in the coming months on the agenda, a letter from Nikolai became public.

In the letter, Nikolai – controversial for his hardline views and decried by his detractors for his alleged taste for luxury goods – quoted article 63, paragraph two, of the church’s charter, saying that all Holy Synod decisions should be taken by a majority of more than half of its members.

Absent members should be allowed to vote by phone or in writing, according to Nikolai, who also objected to the fact that Kiril was chosen by secret ballot.

A secret ballot meant, Nikolai said, “that members of the Holy Synod have secrets between them. This is a view that I cannot share”.

He said that he had not wanted to go public about his concerns because “squabbles would offend the memory of the just-buried Patriarch” but he had been asked questions by journalists. “When asked for my opinion, I could not hide it,” Nikolai said.

Nikolai said that at the burial at Troyan Monastery on November 9 of Maxim, he had said that whenever he had a question, he would consider what Maxim would do.

“I am absolutely convinced that on days like today, His Beatitude Patriarch Maxim would comply with the first 40-day period of prayerful silence in memory of the deceased. Filled with awe and profound reverence for His Beatitude, I personally would like to spend the next 40 days of mourning in prayer and reflection, as appropriate and as required by my Christian conscience. I hope that this act of respect to the memory of our beloved Patriarch will not be seen as disrespectful to the venerable Holy Synod and ask if the Holy Synod has decided to meet in the next 40 days, my absence will be excused,” Nikolai said.

Meanwhile, in an interview with Bulgarian-language media, Kiril hit out at those who resorted to what he called inhumane acts, threats and pressure to lobby for election as Patriarch. He said that there could be opposition, but it should be constructive, and in this case there was none.

All the metropolitans who attended the November 10 meeting of the Holy Synod had supported the ballot being secret, Kiril said.

As to the public criticism that followed, “for me some of the statements were a threat because they were spoken by a Christian, and with malice,” Kiril said. Darik Radio sought Nikolai for a response to Kiril’s statements, but the Plovdiv Metropolitan’s assistant said that Nikolai’s mobile phone was switched off because he was in mourning.

(Photo of the Holy Synod headquarters in Sofia: Clive Leviev-Sawyer) 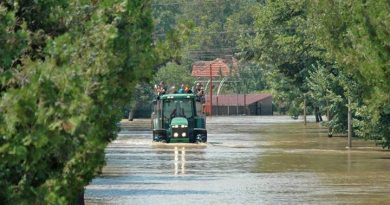 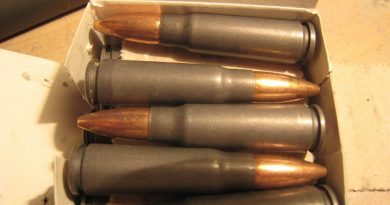 Proposal for Bulgaria to supply small arms, ammunition to Ukraine