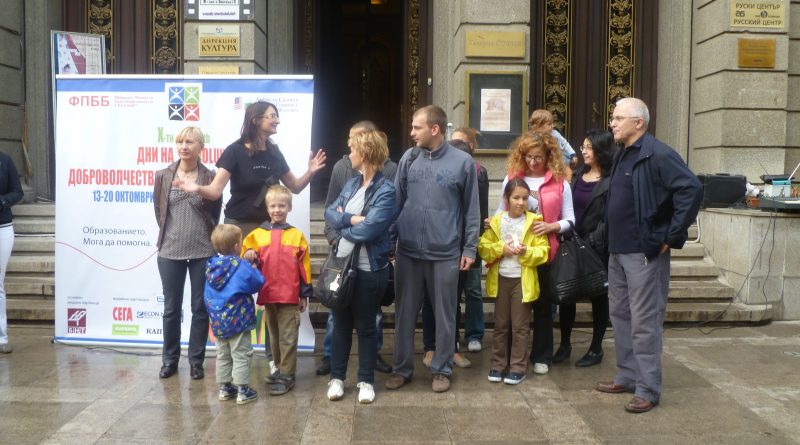 The “Volunteer Days” project, organised by the Bulgarian Charities Aid Foundation and the American Chamber of Commerce in Bulgaria, has been extended because of the high level of interest in the initiative.

The “10 days of volunteering”, marking the 10th anniversary of Volunteer Day in Bulgaria, had been planned to last from October 13 to 20 but has been extended over the next few weeks because of demand.

“Our aim is to focus on one of the major priorities of education – to raise and educate individuals achieving personal success and contributing to improving community with their own efforts and knowledge. We hope that the participation of professionals from different business sectors will support the understanding that the education in school is not just for the marks, but for life; that the school curriculum is a door to applicable knowledge and one of main focuses of school education is to build interest and habits for life-long learning,” AmCham said in an announcement to its members.

The volunteers can choose whether to support one of the schools from AmCham’s list, or to volunteer at their own school or the school of their children.

Prior to registration in AmCham’s volunteer days, companies should appoint a co-ordinator for its volunteer. There is no participation fee, but companies are expected to cover the expenses of the volunteer project they take on. Companies also have the option of making a financial donation for any of the projects if they cannot participate with volunteers.

On October 26, Bulgaria’s EU funds minister Tomislav Donchev was scheduled to speak at the Sofia Mathematics High School. He is one of four Cabinet ministers who agreed to take part in the project.

Other events so far have included students from the School of Tourism in Bankya visiting the Radisson Blu Hotel for a briefing by hotel staff, a presentation by American University in Bulgaria professor Nancy Bartley – a Pulitzer prize-winning journalist of considerable experience – to pupils at the School of Ancient Languages, executives from AIM and IBM visiting pupils at the 17th School Damian Gruev. Sopharma, Postbank and Atos IT Solutions and Services have been among other companies to visit schools. 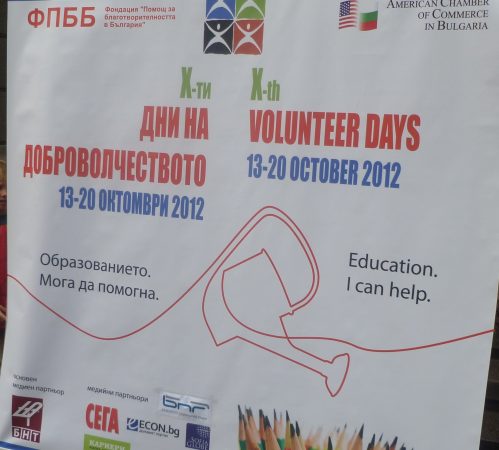 Events outside Sofia have included leaders from the Higher School of Insurance and Finance meeting pupils at the Saints Constantine and Cyril School of European Languages in Rousse and IBM visiting the School of Languages in Plovdiv.

The project is running in more than 10 cities and towns, including Sofia, Plovdiv, Blagoevgrad, Varna, Pleven, Stara Zagora, Pernik and Sliven.

Companies that have participated come from several sectors, including banking, telecommunications, energy, IT, law, human resources, public administration and media.