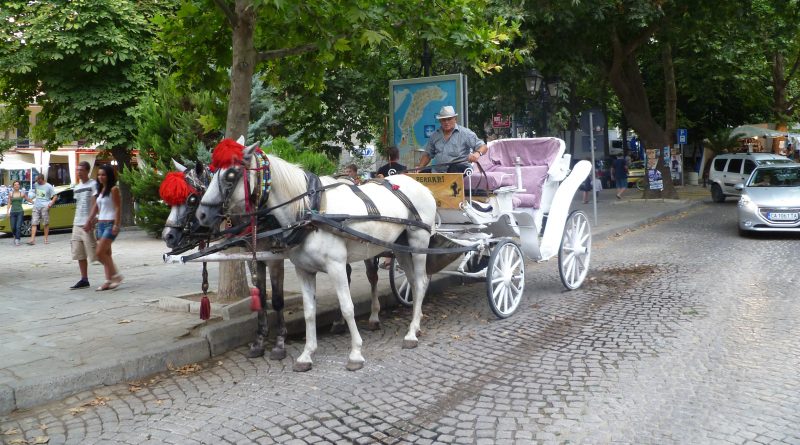 Bulgaria’s tourism industry expects a 10 to 15 per cent growth in tourism in 2013, mainly because of major infrastructure projects that are being implemented, the head of the Bulgarian Hotel and Restaurant Association, Blagoy Ragin, said on August 28 2012.

Bulgaria’s authorities have made much of the fact that the dozens of kilometres added to the Trakiya Motorway this summer have significantly cut travelling time from the capital city Sofia to Bourgas and Bulgaria’s southern Black Sea coast.

Other roads also have been improved and the Sofia – Varna motorway is also due for completion in the next few years.

Ragin said that the tourism industry boost that he expected would come next year would result from increase numbers of holidaymakers coming to Bulgaria’s Black Sea coast by car.

“We expect a boom in tourists travelling by car from Serbia, Macedonia, Hungary, Poland, Czech Republic and Romania,” he said.

The association has called on Bulgaria’s Government to make it possible for more parking areas to be provided in the country’s large resorts.

The problem has been highlighted in some recent Bulgarian-language media reports which showed cars that had been parked in no-parking areas being removed and their drivers – including foreign tourists – fined. In resorts such as Golden Sands, legal parking, even in paid parking areas, is at a premium.

Ragin said that the number of tourists this year was up by seven to eight per cent. There had been a five per cent decrease, year-on-year, in July 2012 after the suicide bombing terrorist attack on Israeli tourists at Bulgaria’s Bourgas Airport, but he said that expected that the difference would be offset by visits in August.