Bulgaria’s government has announced that its national operational staff of the National Council for Migration, Borders, Asylum and Integration will meet on November 21 to draw up guidelines for the implementation of the humanitarian programme for Ukrainian refugees.

This follows a number of reports that the current version of the scheme for accommodating Ukrainian refugees in Bulgaria does not cover food, and some hotels had stopped serving meals to Ukrainians, while others were continuing to do so on a voluntary basis.

A report by daily Sega said that the caretaker government’s decision, which extends the scheme for hotel accommodation until February 2023 – though only for those already in hotels, while new arrivals will be sent to state facilities – covers shelter, but not food.

The report said that in hotels where the serving of meals to Ukrainian refugees was continuing, this was being done voluntarily by the owners.

Ruska Mincheva, a Ravda hotelier, told Sega: “We provide soup at lunchtime, something for them to eat. We don’t take money from them. I feel sorry for the children, I feel uncomfortable… It’s just not right”.

Bulgarian National Radio reported that hoteliers along the southern Black Sea had stopped feeding the Ukrainian refugees they were accommodating because the 15 leva a day state support did not cover food.

The owner of a hotel in Primorsko, Mihail Zegov, said on November 18 that hoteliers had asked Ukrainians to pay five leva a day for their meals.

“On the 15th, 16th and 17th, we provided food, using our own money, to the refugees, but from today we are stopping the feeding due to the fact that we no longer have the means to pay for their food,” Zegov said.

Zegov called for “as soon as possible to make some kind of decision and just tell these people what to expect”.

He said that people phoned the hotline for Ukrainian refugees “and there they also tell them, that they don’t have any information”.

A report by the Chernomore website, citing volunteers and NGOs, said that several hundred of the most vulnerable Ukrainian refugees – mostly mothers with children, pensioners and people with disabilities housed in government facilities – remained without food after November 15.

Radio Varna quoted former MP Stella Nikolova, a volunteer since February, as saying that more than 300 people had been left without meals at three state places of accommodation near Varna, while 400 at a government accommodation facility in Sunny Beach and others at several places in the country were in the same position.

The report quoted Svetlozara Koleva, a volunteer, as saying that serving of food had been stopped at state accommodation facilities.

According to Koleva, those managing the facilities had been notified on November 15 not to serve food from November 16 because there was no order to extend the programme for feeding the refugees.

According to the most recent update on the government information portal, posted on November 18, a total of 10 175 Ukrainians are accommodated in Bulgaria under the state scheme. 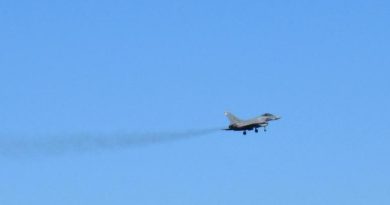