Fitch Ratings has re-affirmed Bulgaria’s sovereign long-term foreign and local currency Issuer Default Ratings (IDRs) at ‘BBB’, with a positive rating outlook, saying that this was due to Bulgaria’s continued commitment to join the euro zone in 2024.

“Despite renewed political instability, we believe the authorities remain committed to euro adoption by 2024, with risks around the timeline mainly tied to meeting convergence criteria,” the ratings agency said late on November 18.

However, it noted that despite the “a clear commitment at the local and EU level to expedite the process”, the uncertainty about inflation over the next two years has increased the risks that euro zone accession could be delayed beyond 2025.

Fitch said that Bulgaria continued to implement the measures it agreed to as part of joining ERM2, the euro zone’s “waiting room”, and was expected to request an assessment of its convergence process in May 2023, which was a “key date for 2024 euro adoption.”

The harmonised consumer price index, which measures Bulgaria’s inflation to compare with European Union data, “has been running above the rate of the three best performing EU member states since the beginning of the year and is expected to remain elevated throughout 1Q23,” Fitch said.

Annual harmonised CPI inflation was 14.8 per cent in Bulgaria in October, according to data released by the country’s statistics body NSI earlier this week.

“Meeting all other criteria is less challenging, and as long as political commitment remains firm in Bulgaria and the EU, we would expect flexibility in the convergence assessment (as shown in Croatia),” Fitch said.

The ratings agency noted Bulgaria’s renewed political instability, which led to parliamentary elections in October, the fourth in less than two years, and produced “a highly fragmented legislature with limited prospects around formation of a stable coalition.”

“The political instability will likely extend into 2023 with another election possible in early 2023. Nevertheless, we believe that there is a broad-based political commitment and institutional support for euro adoption and reforms linked to the National Recovery Plan,” Fitch said.

Fitch said that progress towards joining the euro area and “an improvement in growth potential”, either through structural reforms to improve the business environment or effective use of EU funds, could lead to upgrading Bulgaria’s credit rating.

On the downside, negative action could be prompted by “a significant delay in the timeline of eurozone accession” or a “period of energy shortages in Bulgaria or in key trading partners, or increased risk of such a scenario.” 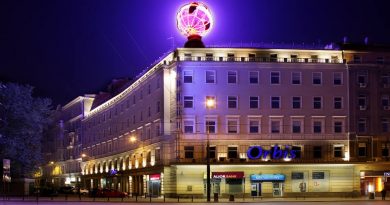 Orbis to take over Accor’s operations in Central Europe