Former prime minister Boiko Borissov’s GERB-UDF coalition, which won the October 2 early parliamentary elections in Bulgaria, has remained silent on the topic of possible coalition talks to form a government in the 48th National Assembly.

Borissov, normally ebullient when his party finishes top, has posted a brief comment on Facebook to thank “all who supported us.” He has been otherwise absent both on election night and the day after, even as speculation mounted in the media about possible coalition scenarios.

The only other comment from GERB-UDF has come from deputy party leader Tomislav Donchev after polls closed on October 2, who said cryptically that “we advise all colleagues politicians to think before they speak.”

As the group that won the most votes, GERB-UDF will get the first shot to form a government, according to the provisions of the Bulgarian constitution. Should that attempt fail, the second-largest group in parliament is then given the opportunity to form a cabinet.

If both attempts are unsuccessful, President Roumen Radev can choose any other party in Parliament to hand the third government mandate and, in case it is unable to form a cabinet, the president has to dissolve parliament and call new new parliamentary elections within two months.

That was the case in Bulgaria after short-lived parliaments elected in last year’s April and July snap polls failed to elect a government.

Kiril Petkov and Assen Vassilev’s We Continue the Change (WCC) led the successfully talks to form a four-way coalition after the November 2021 elections.

But after finishing second to GERB-UDF on October 2, both WCC co-leaders dismissed the prospect of doing so again, saying that it was GERB’s responsibility to try to form a government.

Petkov said on election night that “we will keep watch over every action of the future government as constructive opposition.”

Both Petkov and Vassilev repeatedly ruled out any talks with either GERB or predominantly ethnic Turk Movement for Rights and Freedoms (MRF) to form a government.

Speaking to Bulgarian National Television’s breakfast show on October 3, Petkov said: “Our mission is long-term, we are not in politics to win elections, we are in politics to change Bulgaria. If it takes several steps longer, we will wait until that moment.”

Petkov also ruled out a joint parliamentary group with Democratic Bulgaria, which would put them ahead of GERB-UDF and give them the first mandate to form a government.

He described such a move as “political machinations” and said that there were many topics, such as anti-corruption, on which WCC and Democratic Bulgaria would continue to cooperate.

Another party leader to stake out a firm position to rule out talks with GERB-UDF was Kornelia Ninova of the Bulgarian Socialist Party (BSP), which finished fifth.

Ninova, who once again faced calls to step down as party leader over diminishing election results, dismissed internal criticism saying that the calls came from “people who worked against BSP throughout the campaign.”

She said that the BSP national council will meet at the weekend to discuss the results and said that the party would “learn its lessons and take measures.”

MRF leader Mustafa Karadayi, whose party finished third, and former caretaker prime minister Stefan Yanev, whose Bulgarian Revival party is set to be the smallest group in the next parliament, emerged as the strongest voices in favour of a government coalition.

Speaking on election night, Karadayi repeatedly emphasised the need for dialogue between politicians after the elections were over and said that the MRF was prepared to enter a coalition with any other party that would “take responsibility” to solve the crises facing the country.

Yanev, who was sacked as defence minister from the Petkov Cabinet in March over his refusal to describe the Russian invasion of Ukraine as a war, said that his party had no “red lines other than realising Bulgarian national interests” and would talk to all parties for a formula to form a government.

Hristo Ivanov, one of the three co-leaders of the centre-right Democratic Bulgaria coalition, said that the new parliament would be even more fragmented than the previous National Assembly.

“We will all pay the price for the political short-sightedness that pushed our country towards the latest early elections and resulted in a missed opportunity for a timely consolidation of the parties of change,” he said in a Facebook comment.

Pro-Russian Vuzrazhdane doubled its election result, but finished fourth and fell short of the target of becoming the second-largest party it set during the campaign.

Its leader Kostadin Kostadinov described the election result as “bad for Bulgaria” and said that any government would be short-lived.

Cable television presenter Slavi Trifonov, who withdrew his party ITN’s ministers from the Petkov cabinet and voted against the government in a motion of no confidence in June, triggering the early elections, did not appear overly concerned by the fact that ITN fell short of the four per cent parliamentary representation threshold.

In a Facebook comment he thanked those who voted for ITN and concluded with “Everything is still ahead.” 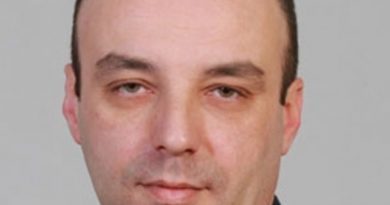