Local media reports on January 29 said that Angelov had told this to fellow MPs, apparently presenting it as his own decision.

However, earlier reports said that Angelov had been due to face a BSP panel on the issue of the Syria visit on the night of January 28.

After Angelov’s Damascus visit, made without the sanction of Parliament and against the opposition of BSP leader Sergei Stanishev and the advice of the foreign ministry, Kristian Vigenin – the former MEP who currently is Bulgaria’s foreign minister – called for Angelov’s dismissal as head of the Bulgaria-Syria parliamentary friendship group.

Angelov now is no longer a member of the friendship groups with Moldova, Montenegro, Russia, Serbia, Syria and Ukraine.

The controversy surrounding him has not prevented Angelov giving media interviews expressing his views on foreign policy topics, in recent days including Syria and Ukraine. More than once, Angelov also has made critical comments about Vigenin and Bulgaria’s foreign policy.

Angelov was unrepentant about his Syria visit, colleagues said. Earlier, he told local media that a sign of his attitude to the visit being an “unofficial” one was that at the meetings with Syrian government officials (which were filmed for broadcast by Syrian state media) he had not worn a tie.

Although he denied endorsing Assad, Angelov later said in an interview with local media in Bulgaria that the Syrian government was engaged in a fight against extremism.

Angelov was reported on January 29 as saying, after his departure from the six friendship groups, that previously he had been friends with just six countries, “but now I am friends with the whole world”. 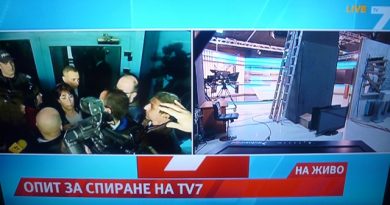