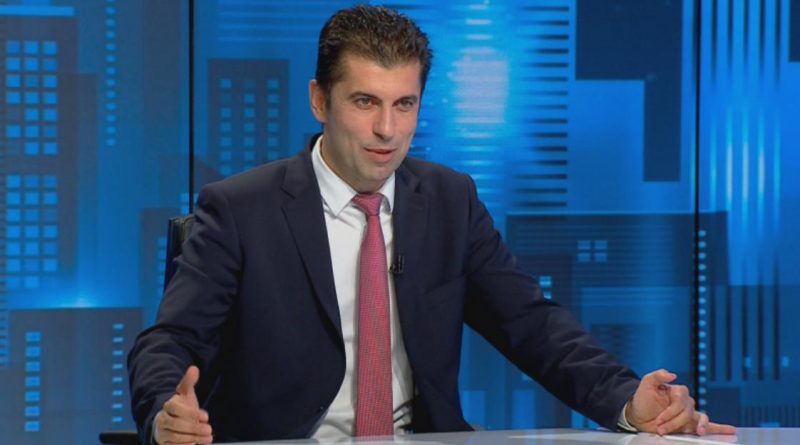 The co-leader of Bulgaria’s We Continue the Change (WCC) party, Prime Minister Kiril Petkov, set out on June 26 the stark lines that WCC will follow in talks on a possible future government.

Petkov was interviewed by Bulgarian National Radio (BNR) the day before he is due to table his government’s resignation following its defeat in a parliamentary vote on June 22 on a motion of no confidence.

He said that he did not intend not being the candidate Prime Minister in a government proposed by WCC. This is in contrast to the demand set by Slavi Trifonov’s ITN party, which said that it could hold talks with WCC on a government, provided that “compromises” were made, including Petkov not heading that government.

Petkov reiterated that he would not talk to Trifonov, to GERB leader Boiko Borissov, to controversial figure and Movement for Rights and Freedoms MP Delyan Peevski and to pro-Kremlin Vuzhrazhdane party leader Kostadin Kostadinov. He added INT parliamentary leader Toshko Yordanov to the list, saying that Yordanov did not take a step or speak a word without Trifonov’s say-so.

However, Petkov did not think this approach means early parliamentary elections, because he believed that he would attract more MPs to support a proposed government.

Together, current coalition partners WCC, the Bulgarian Socialist Party and Democratic Bulgaria, along with six former ITN MPs now sitting as independents, have 115 votes in the 240-seat National Assembly, six short of the minimum 121 needed to vote a government into office.

Petkov said that it would be “the definition of stupidity” to sit at the table again with ITN after they overthrew the government. It was ITN’s withdrawal from the ruling coalition that triggered the events culminating in the no-confidence vote.

He repeated his view that ITN quit the government because the other coalition partners would not allow them to get 3.9 billion leva to pay roads companies. Petkov repeatedly has rejected as untruthful the claim by Trifonov that ITN left government over the North Macedonia issue.

Petkov said that there would also be no negotiations with Trifonov’s party if ITN got the third of the three mandates to seek to form a government.

“This does not mean that we are going to the elections. We will continue to negotiate not with parties, but with MPs. We have shown that our doors are wide open,” Petkov said.

“We do not want elections. But we will not pay the price for some behind-the-scenes player to continue controlling public funds. My dream is to see a government and parliament that are not controlled by puppeteers, but (that there are) leaders who are independent,” Petkov said.

“The people who have a problem with the WCC, with me as Prime Minister, with Assen Vassilev as Finance Minister, are the ones we have stood in the way of, so as not to spend public funds in the old way,” he said.

“We have always had a clear programme and clear principles that we follow. The ultimate goal is for public funds to go to help the people who pay them, not to a handful of people who want to steal them,” Petkov said.

He said that fighting the “mafia” was not an end in itself.

“The first step was to shed light. The second was to form a government free of behind-the-scenes ties. We managed to be the first political force, but we failed to be a majority to work with independent coalition partners. At first we didn’t know about ITN dependencies.”

He said that people did not need politicians who talked to them on television, but then stole from them behind their backs.

Petkov expressed concern that a future caretaker government – which would be appointed by President Roumen Radev – could return Bulgaria to Gazprom.

Bulgaria’s state-owned energy company Bulgargaz received a notification that as of April 27, deliveries to it from Russia’s Gazprom Export would be suspended, a move that came against the background of Russia’s war on Ukraine.

“We have not stopped telling Gazprom to fulfill its obligations under the contract. The issue is not roubles or not roubles. The question is what is Bulgaria’s strategy if we are dependent on Gazprom and Gazprom stops supplying.”

After the BNR interview, Petkov spoke to other reporters, telling them that that so far the WCC leadership had discussed nominating a government with the same line-up as the current Cabinet.

He indicated that there would be a WCC leadership meeting on the subject on the night of June 26.

Asked about the four portfolios being vacated by ministers from ITN, Petkov said he did not want to talk about individual ministers until he received the support of independent MPs.