Bulgaria and Slovakia had the largest drops in life expectancy in the European Union in 2021, EU statistics agency Eurostat said on May 6.

For Bulgaria, 2021 was the second consecutive year that life expectancy at birth decreased, after a succession of years in which it rose, while being the lowest in the EU.

The statistics agency said that according to preliminary 2021 data, the Covid-19 pandemic that started in 2020 has had a negative effect with life expectancy at birth declining in almost half the EU member states in 2021.

Compared with the pre-pandemic year of 2019, the overall effect on life expectancies is still negative in all EU member States except Luxembourg (+0.1), Malta and Sweden (same level in 2019 and 2021).

In some cases, life expectancies have further worsened in 2021, leading to an estimated overall loss of more than two years, Eurostat said.

Life expectancy at birth had been increasing over the past decade in the EU with official statistics revealing that life expectancy has risen, on average, by more than two years per decade since the 1960s, Eurostat said.

However, the latest available data suggest that life expectancy stalled or even declined in several EU countries, the agency said.

Some EU countries (mostly in Western Europe) saw their life expectancy rebound towards pre-Covid levels, while others (mostly in Eastern Europe) suffered the impact of the pandemic later and fully in 2021, therefore any rebound is yet to be reflected in the data, it said. 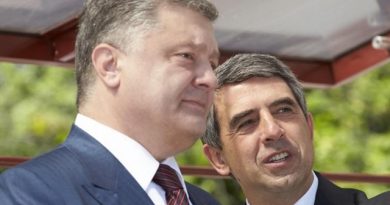