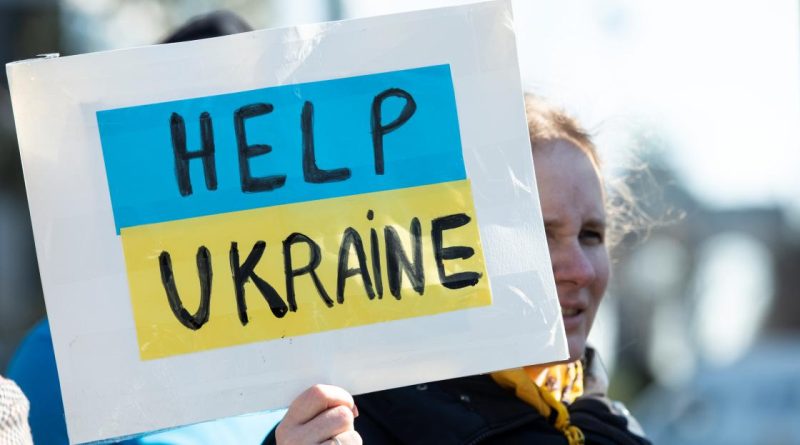 The European Commission (EC) is proposing to amend the regulation on EU criminal justice cooperation agency Eurojust to give the agency the legal possibility to collect, preserve and share evidence on war crimes, the EC said on April 25.

There have been numerous allegations of Russian troops committing war crimes in Ukraine, including large numbers of deliberate killings, sexual assaults and forced deportations of civilians.

The EC said that because of the ongoing conflict, it was difficult to store and preserve evidence securely in Ukraine.

“To ensure accountability for the crimes committed in Ukraine, it is crucial to ensure safe storage of evidence outside Ukraine as well as to support the investigations and prosecutions by various European and international judicial authorities,” the EC said.

Since March, Eurojust has been supporting an EU joint investigation team looking into the possible war crimes committed in Ukraine, the Commission said.

While Eurojust has practical experience on international crimes, the existing regulation did not envisage a situation of this scale and crimes of this extent, requiring an update in Eurojust’s legal base, the EC said.

“We must work together to make sure that war criminals are brought to justice. We need to reinforce Eurojust to make sure it has the necessary tools to deal with the scale of atrocities in Ukraine. Europe is determined and we will do what we can to help,” Jourová said.

European Commissioner for Justice, Didier Reynders, said: “Since the start of the Russian invasion, the world has been witnessing the atrocities committed in Bucha, Kramatorsk and other Ukrainian cities.

“Those responsible for the war crimes in Ukraine must be held accountable. To this end, we must ensure that evidence is safely preserved, analysed and exchanged with national and international authorities, including the International Criminal Court. Today we propose to empower Eurojust to perform these tasks. Impunity will not be tolerated,” Reynders said.

National authorities are already collecting evidence of possible crimes being committed in Ukraine, the EC said.

It was necessary to set up a central back-up storage, where evidence collected by EU agencies and bodies as well as national and international authorities or third parties, such as civil society organisations, could be preserved.

While the Eurojust Regulation provides that Eurojust supports member states’ action in investigating and prosecuting serious crime, including core international crimes, it does not provide for Eurojust to preserve such evidence on a more permanent basis, or to analyse and exchange it when necessary, nor to directly cooperate with international judicial authorities, such as the International Criminal Court (ICC).

To allow Eurojust to properly perform its tasks in relation to such crimes, the Commission is proposing to amend the Eurojust Regulation.

Once adopted by MEPs and the Council of the EU, the proposal will allow Eurojust to collect, analyse and preserve evidence in relation to core international crimes, as well as to process data, such as videos, audio recordings and satellite images, and share such evidence with the relevant national and international authorities, including the ICC.

Sharing of such evidence would only take place when appropriate and in full respect of EU data protection rules, the EC said.

In a separate statement on April 25, the Commission said that as the war continues and people continue to arrive from Ukraine, health systems in neighbouring countries face significant pressure.

Poland, Slovakia, Moldova, but also Ukraine, have requested assistance from the EU for evacuating patients in need of medical attention.

This is supported by the first rescEU medical evacuation plane which helping transfer Ukrainian patients. The plane is financed by the EU and hosted by Norway, a Participating State of the EU Civil Protection Mechanism.

European Commissioner for Crisis Management Janez Lenarčič said: “Among the millions of people fleeing the Russian aggression in Ukraine, chronically ill patients are the ones that urgently need specialised medical care.

“We are seeing strong solidarity from member states who are making beds available to treat those most in need. This is saving lives and putting EU solidarity into action,” Lenarčič said.