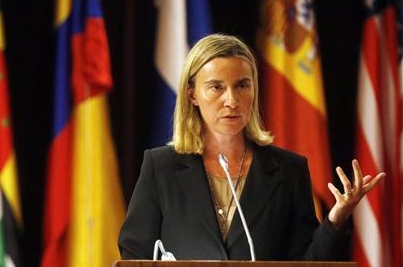 The foreign affairs chief of the European Union is leading a high-level delegation to Turkey to discuss Ankara’s role in battling the Islamic State group and to re-invigorate the country’s accession bid. But the visit comes as relations are at a low point.

During her two-day visit to Turkey, the battle against jihadists is a key agenda item for EU foreign affairs chief Federica Mogherini.

Turkey, which shares borders with Syria and Iraq and good transport links with EU countries, is seen by Brussels as key to stemming the growing number of Europeans joining the ranks of the Islamic State militant group.

“It’s very divisive. EU members are seeing every day their nationals adhering and joining the ranks of the so-called ISIS or ISIL and for years they have been asking for Turkey’s collaboration and this collaboration came very late and we will see how it will evolve,” said Sah.

Ankara has hit back at criticism, claiming EU member states are failing to do enough to stop their citizens from joining the Islamists and failing to share intelligence.

The Turkish foreign ministry said it has expelled more than 1,000 jihadists and had a list of over 7,000 people who will not be allowed into the country.

The EU’s Mogherini is offering the incentive of revitalizing Ankara’s decades-long bid for EU membership.

But diplomatic columnist Semih Idiz of the Turkish newspaper Taraf and Al Monitor website warned there was deep skepticism in Turkey over its EU bid.

“I don’t think it’s on the radar at all, it’s not a part of the public debate and has fallen very much into the background. [There is] this notion that no matter what Turkey does, its bid will never move anywhere else. And I think also it has to do with domestic developments in Turkey where the political situation has resulted in the government slowing down its reform process,” he said.

Analysts said the EU’s response to the Syrian refugee crisis was adding to Ankara’s disillusionment with Brussels. There are more than 1.6 million refugees living in Turkey. The Turkish government has criticized the EU for not sharing the burden in receiving refugees and giving sufficient financial assistance.

But international relations expert Aktar said Ankara had to share some of the responsibility for the predicament it found itself in.

“The problem is when you receive international help and assistance you need to act accordingly and open the refugee care maintenance to international organizations. Be it inter-governmental on non-governmental. Turkey does not want to do it. Because Turkey never likes third eyes and foreigners coming to look into what is happening in their country,” he said.

EU Humanitarian Aid Commissioner Christos Stylianides, who is accompanying Mogherini, is due to visit refugee camps on Tuesday.

There is little expectation of any major breakthrough during the EU talks with Turkey. But observers say the visit is more about managing differences and preventing the divide between Ankara and Brussels deepening further – especially when Turkey is in such a crucial strategic position. 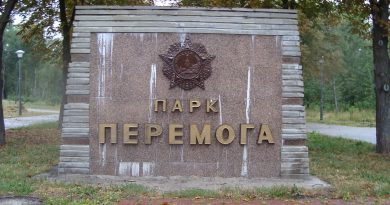