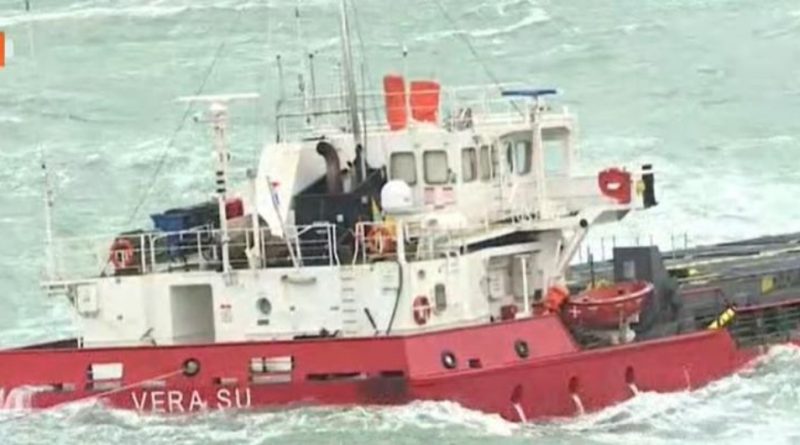 Bulgaria’s caretaker Transport Minister Hristo Alexiev has alleged that the Turkish owner of the Vera Su, the cargo vessel stranded on Bulgaria’s Black Sea coast since September 20, was deliberately not taking action to save the ship and its cargo so that the company could claim the insurance.

This is according to a statement by the Transport Ministry on October 10, following a series of meetings between Alexiev, Maritime Administration officials in Varna, representatives of a salvage company, the ship’s insurer and the insurer of the cargo.

The statement said that the salvage company had told Alexiev that they were ready to resolve the situation quickly, but so far had not received an assignment from the shipowner.

Smit Salvage and Multraship are among the best ship salvage operators in the world, with an excellent reputation, the statement said.

They told Alexiev that a combination of factors – the lack of adequate action by the shipowner to assign the task, and the poor weather conditions – could lead to an operation to rescue the ship being delayed.

Alexiev said that the crew had been evacuated some days ago while fuel and lubricants had been drained, reducing the risk of spillage by 95 per cent. He said that action was being taken on a procedure to unload the urea chemical fertiliser cargo in an environmentally sound manner.

At the meetings, Alexiev also raised the issue of the Bulgarian state being reimbursed for expenses, those already incurred and those to come, the statement said.

“The cargo insurers shared with the minister their concern over the divergent signals of the shipowner, who sends different messages to different countries,” according to the statement.

Alexiev said that this could be interpreted as artificially delaying the process of rescuing the ship, in order to get insurance money.

“I will not tolerate in any way such behaviour towards the Bulgarian state,” he said.

“All stakeholders are working in full co-ordination to protect the interests of our country, to minimise the negative impact on the environment and to prevent attempts at insurance manipulation. The state will claim all costs incurred in the operation and possible damages,” Alexiev said.

The Transport Ministry said that on October 11, the Maritime Administration agency, the salvage company and the insurers would review the current state of the vessel and submit written proposals to Alexiev for further steps in the rescue operation.

After the inspection, the transportation of the remaining hazardous materials, such as residual fuel and batteries, would begin as a priority, the statement said.

As The Sofia Globe reported on October 8, Bulgarian prosecutors have placed the Vera Su’s captain and second mate under arrest. The two face charges under the Penal Code related to the grounding of the vessel, endangering lives and the environment.

FDI in Bulgaria in January was 44.9M euro