Bulgaria’s ambassador in Moscow, Atanas Krastin, was summoned to the Russian Foreign Ministry on April 20 to be handed a note concerning the declaration of two employees of the Bulgarian embassy in the Russian capital as persona non grata, the Russian ministry said.

Russia’s Foreign Ministry said in a media statement that the step was a response “to the decision by Bulgarian authorities, motivated by nothing, to declare two members of staff at the Russian embassy in Sofia as ‘persona non grata’.”

On March 22, the Foreign Ministry in Sofia announced that Bulgaria had given two Russian diplomats 72 hours to leave the country after the country’s Prosecutor’s Office found them to be committing espionage.

That expulsion came just days after Bulgaria’s Prosecutor’s Office said that six Bulgarians, including serving and former members of Military Intelligence, had been arrested for selling Nato and Bulgarian state secrets to Russia.

At the time, the Bulgarian Foreign Ministry did not specify whether there was a direct connection between the two Russian diplomats and the alleged spy ring.

This is the latest in a series of incidents involving Bulgaria saying that it had found Russian diplomats committing espionage. 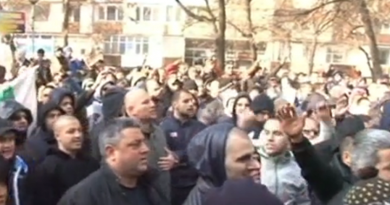