The head of the six regional health inspectorates in Bulgaria responsible for organising the vaccinations against Covid-19 have been given until December 10 to prepare the lists of medical personnel wanting to be vaccinated, Health Minister Kostadin Angelov said on December 7.

Angelov made the announcement after meeting the heads of the regional health inspectorates to discuss the national vaccination plan adopted by Bulgaria’s Cabinet on December 4.

The next tasks facing the six regional health inspectorates is to arrange logistics regarding the need for mobile teams, and the number of teams, to administer vaccines.

A briefing last week was told that in some cases, where large groups of people were to be vaccinated, such as in social homes, the service would be provided by mobile teams.

Angelov said that he would meet the regional health inspectorate heads again next week to discuss the specifics for each region, because these specifics differed.

He said that the freezers necessary to meet the first deliveries of vaccines were available. All the rooms where the freezers would be placed would be adapted. There would be separate small refrigerators for use by mobile teams.

In other news on December 7 related to the Covid-19 situation in Bulgaria:

Prime Minister Boiko Borissov said that if the incidence of cases of new coronavirus continued to drop, the order would be given for nurseries and kindergartens to re-open on December 14.

Borissov said that the “best anti-crisis measure” would be to be able to re-open everything closed under current measures on December 21.

He said that the government had supported businesses with more than 1.1 billion leva since the beginning of the pandemic.

“Thanks to these economic measures, employers manage to keep jobs, while people have sustenance,” he said.

Asked about Borissov’s comments, Health Minister Angelov responded that it was too early to talk about what would happen as of December 21, as the key statistics to be analysed would be those from December 14 onwards.

Professor Todor Kantardzhiev, head of the National Centre for Infectious Diseases and a member of Bulgaria’s national operational headquarters against Covid-19, said that he would be vaccinated against Covid-19, to set a good example.

Radev said that the first batch of vaccines would be enough for 60 000 people, and the numbers in vulnerable groups far exceeded that figure.

The teams would monitor both limitations of numbers of customers inside the shops and the maintaining of social distancing. If breaches were found or keeping to the rules could not be organised, individual places would be shut down, Fandukova said.

Earlier on December 7, Chief State Health Inspector Angel Kunchev said that if crowding and other breaches of the rules at large chain stores continued, current measures would be amended to shut them all down.

In Plovdiv, it was agreed at a meeting between mayor Zdravko Dimitrov and organisers of Christmas bazaars and other open-air events that if the Covid-19 situation improves, Christmas bazaars in the city will go ahead between December 21 and 29.

Locations in Kapana and the centre of the city were discussed as possible venues for the events. If the situation does not improve, an option is being considered for the Christmas in Kapana Bazaar to be located on Central Square, above the underpass on Gladstone Street, which is not, in fact, in Kapana. 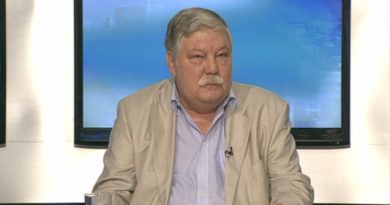 Bulgaria’s 2019 local elections: The votes for No One (or, Dr Fell)