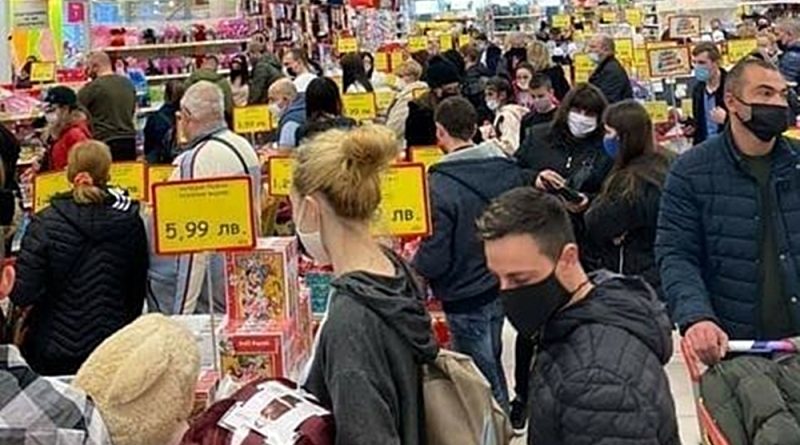 Current measures in effect until December 21 close all shops in malls with the exception of pharmacies, banks and financial services, and food stores. Large stores not in shopping malls may remain open. Some have been the subject of media reports and social network posts about crowding.

One, Jumbo in Plovdiv, is to be fined following a media report about crowding inside and outside the store, and the municipality has arranged for police to be on duty from 5pm on weekdays and all day on Saturdays and Sundays to control access to big stores.

“I don’t like what I see. If things in these big stores continue in this form, we will extend the measures to them as well,” Kunchev said.

He said that there was no way to predict which vaccine against Covid-19 would come to Bulgaria and in what quantities.

Bulgaria was ready to receive the vaccines, Kunchev said. Each regional health inspectorate would have a freezer to store the vaccine. “A freezer, I think, costs about 20 000 to 30 000 leva,” he said.

“We currently have two very large freezers that are so large that they can cover the entire amount of 125 000 vaccines,” Kunchev said, referring to the number of doses expected to be received initially.

There will be a choice when larger quantities of vaccines come, and until then no one can guarantee what vaccine will be on the market, Kunchev said.

He said that Bulgaria was not the worst part of Europe in terms of Covid-19 patients. Only the districts of Gabrovo and Kyustendil remain classified as having the highest number of cases, he said.

“If this slight decline continues, if we stop going shopping in some shops for very beautiful Christmas things, this decline will continue sharply,” Kunchev said.

He said that would would happen on December 21, in terms of allowing places to open, would depend on the measures being observed and the results.

Commenting on the inclusion of mink farm employees in phase II of the vaccination plan – ahead of the elderly, a matter that has caused controversy – Kunchev said that this was a matter of 60 to 70 people.

“What happens with the transmission between minks and humans is extremely dangerous. If we allow this to happen in many places, the risk is that a strain will appear for which neither the vaccine nor the antibodies work after the illness. The safest thing is to vaccinate these people and it’s over.”

Asked if people should get vaccinated after having had new coronavirus, Kunchev said that it was a good idea to do so.

“We don’t know how long we will have antibodies. In that sense, the vaccine acts as a booster and will give us more security,” he said.

Kunchev expressed his irritation at media personalities and medics who comment on the immunisation process against Covid-19 and call vaccination into question. “They’re quoting incorrect numbers – it bothers me because it shows targeted, malicious dissemination of false information,” he said.

“This does not mean that vaccination of patients at risk will be delayed much. After two vaccinations, these patients will have a very good protection.”

The logistics of the vaccinations were expected to be discussed on December 7 at a meeting between the Health Minister, head of the national vaccination headquarters and the directors of the six regional health inspectorates that will be the headquarters of each vaccination region.

“We need to consider ‘green corridors’ in which to vaccinate our patients so that flows do not mix,” Branzalov said.

When the vaccines are received at GPs’ rooms, they may be stored in their refrigerators for five days, he said.

“GPs will quickly establish which patients should be vaccinated. I will also hire an additional person to help me in the process. There is already interest in the vaccine, but there are also sceptics. They need to be convinced,” Branzalov said.