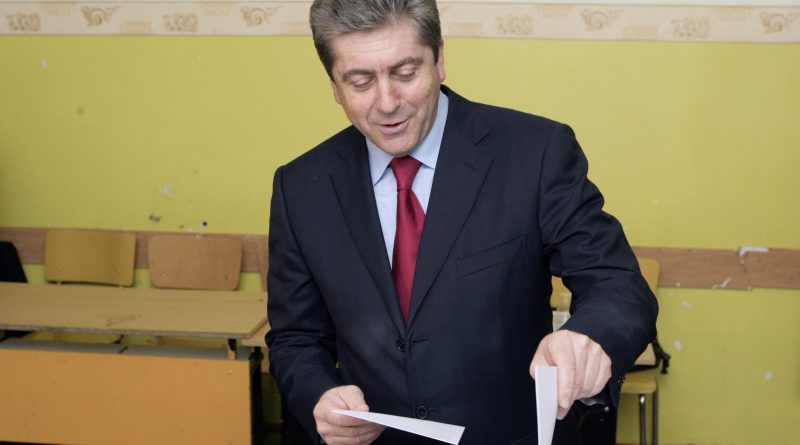 Georgi Purvanov, who resigned as leader of Bulgaria’s minority socialist breakaway party ABC on February 26 after a number of his MPs broke ranks by voting in favour of large-scale foreign borrowing, was re-elected leader at a party conference, ABC said on April 26 2015.

As had been expected, the vote was overwhelmingly in favour of Purvanov staying on as leader. According to ABC, he got 94 per cent of the vote, defeating the other two candidates, the head of the party’s municipal organisation in Rousse Steliyan Stefanov, and Pazardjik regional governor Trendafil Velichkov.

More than 27 000 people voted in the leadership election, according to ABC.

Purvanov expressed thanks for the outcome of the vote, saying that it had exceeded his expectations.

“What pleased me was there were 27 000 participants in a vote, about which there was not one video, poster or leaflet and hardly a line in the media. Remember that we are a party of plus-minus one year,” said Purvanov, who formed ABC as a “civic movement” towards the close of his second term of office as Bulgaria’s president, in 2011.

Purvanov said that the party, which participates in the coalition government formed in November 2014 as a minority partner with one of four deputy prime minister posts, would remain in government.

The coalition government in Bulgaria since the closing weeks of 2014 is formed mainly of a cabinet in which Prime Minister Boiko Borissov’s centre-right GERB, which got the most votes in early elections, has the most seats, with centre-right coalition the Reformist Bloc as a minority partner. Apart from ABC, nationalist coalition the Patriotic Front supports the government in the National Assembly, without having seats in the cabinet.

While saying that ABC would continue its participation in the government, Purvanov – speaking on April 26 – levelled criticisms, including at the performances of the ministers of defence and of foreign affairs.

A major issue for ABC is its approach to Bulgaria’s mayoral and municipal elections coming in autumn 2015. The main dimension of this issue is co-operation with the Bulgarian Socialist Party, from which ABC is a breakaway.

Purvanov, who in the communist era was a historian and who has been formally identified as having worked for communist-era secret service State Security as “agent Gotse” , was the leader of the BSP from December 1996 until December 2001, when he had to relinquish the post after being elected as the country’s head of state.

After two terms as president, he sought to get the BSP leadership back from his former protege, Sergei Stanishev, but failed.

Meanwhile, the BSP’s fortunes have been ever-diminishing. The year 2014 saw it thrashed in European Parliament elections, against a background of its role in a ruling axis that was the subject of widely-supported public protests.

Stanishev, who had been the BSP leader to have in office the longest, stepped down, and the leadership post went to former Speaker of Parliament and former interior minister Mihail Mikov.

In Bulgaria’s October 2014 early parliamentary elections, the BSP ran a poor second. Since then, the more reliable public opinion polls see its fortunes continuing to slide, and Mikov as having no chance of reviving its electoral prospects.

In the same elections, Purvanov, while not a candidate MP, led his party to winning 4.15 per cent of the vote. This got ABC 11 MPs in the 240-seat National Assembly, making it one of the two smallest parties.

Speaking on April 25, Purvanov said that in most cases, ABC would go into the autumn municipal elections with its own candidates, but at the same time said that he supported interaction with other leftist parties and expressed optimism about a future leftist unification.

On April 25, the Bulgarian Socialist Party’s national council met, mainly to discuss the municipal elections. Media reports quoted BSP MP Atanas Merdzhanov as saying that partnership in these elections with ABC would be possible where left-wing policies were shared, and the policies of candidate mayors and municipal councillors “conforms with left-wing standards”. 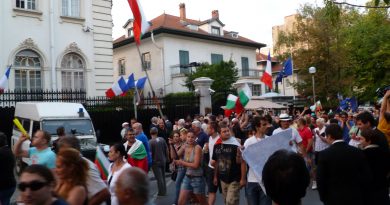 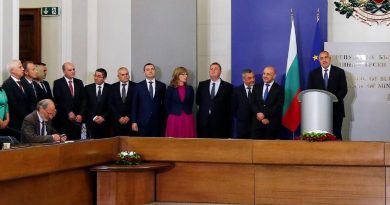