A 41-year-old man who went from Sofia to the Kite Camping Gradina campsite at Bulgaria’s Black Sea coast and who tested positive for Covid-19 died on the morning of June 17, Bulgarian National Television reported the regional health inspectorate in Bourgas as saying.

The man arrived at the campsite on June 3, having travelled from Bulgaria’s capital city after he felt ill and reportedly sought to cure himself by exposure to the sun and sea air, reports at the time said.

When his condition worsened, a neighbour at the campsite drove him to hospital, where the man was diagnosed with Covid-19.

He was admitted to the infectious diseases ward at Bourgas hospital. His condition worsened, he was intubated but efforts to save him failed.

A total of 12 people said that they had been in contact with him. PCR tests on the 12 were negative.

After it emerged that the man had Covid-19, his caravan and the campsite were disinfected, repeatedly over seven consecutive days.

Media reports quoted the campsite’s management as saying that it did not believe it practical to check people arriving at the campsite for symptoms, while it was possible to walk into the campsite from several points other than the main entrance.

Doctors have criticised the man’s actions, saying that he should have consulted a medical professional when showing symptoms suggestive of Covid-19 rather than self-diagnosing and embarking on travel. 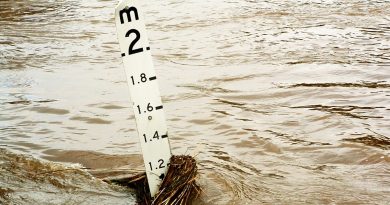