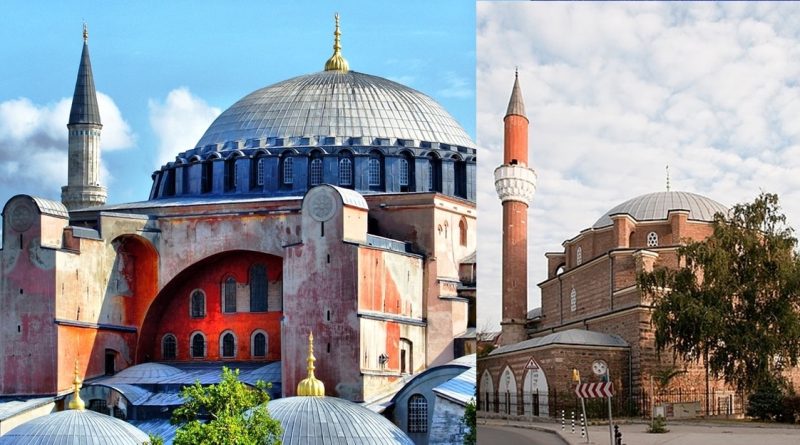 For Bulgaria’s government, reconversion of Hagia Sophia in Istanbul into a mosque is a matter of “deep regret”, while for the Bulgarian Orthodox Church, it is a matter of “concern”.

In Sofia, members of Bulgaria’s Muslim minority held a celebratory prayer at the landmark Banya Bashi mosque in the centre of the capital city. According to Turkish media, Turkey’s chief mufti Ali Erbaş has invited his Bulgarian counterpart Mustafa Hadzhi to join him in prayer at Hagia Sophia.

Ahead of the reconversion of Hagia Sophia (built in the sixth century as a Greek Orthodox Christian cathedral, to which status it reverted after a spell in the 13th century as a Roman Catholic cathedral, and which from the mid-15th century until the early 20th was a mosque), Bulgaria’s Foreign Ministry stated its official position.

“We join the calls of the international community to preserve the existing access to the monument, given its history and its symbolic significance for Christianity and Islam. We expect the universal historical value of the monument to be preserved as part of the Unesco World Cultural Heritage,” the Foreign Ministry said.

(Photo montage: Hagia Sophia in Istanbul, and the Banya Bashi mosque in Sofia)