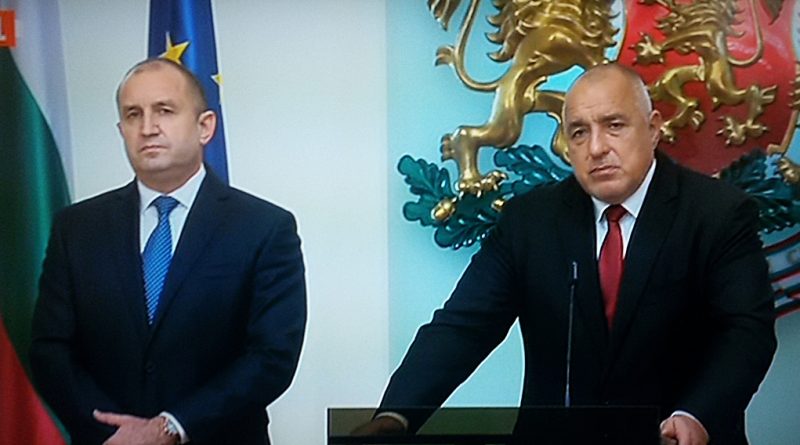 The Bulgarian state will give 1000 leva (about 500 euro) extra a month to every medical professional on the frontline against Covid-19 coronavirus, Prime Minister Boiko Borissov said on March 15.

Borissov was speaking after a meeting with head of state President Roumen Radev and crisis staff chief Major-General Ventsislav Mutafchiyski.

The Prime Minister said that in the grant of the money, which will come on top of regular monthly salaries, no distinction would be made whether the medical professional was a doctor, nurse, laboratory assistant or medical orderly.

“The most urgent thing right now is to be able to protect doctors, nurses, labs, paramedics – everyone who works in this field.”

Borissov said that small and medium businesses had to be protected.

No one ever emerged from a crisis richer, Borissov said.

Care should be taken of the socially vulnerable, pensioners, doctors, the army and police.

“We need to monitor the reserves by first providing pensions, salaries to doctors, the army, the police – all who provide order, security and health,” Borissov said.

For the state to survive, there would be careful thought about how money was spent, he said.

Borissov spoke sharply against those who proposed populist solutions to the crisis. The functioning of the state came from taxes, and if taxes were not paid, salaries and pensions could not be paid, he said.

The joint address by Borissov and Radev, broadcast live on television, was a highly unusual show of unity between the two politicians, who for the past three years have frequently publicly been at daggers drawn.

In his statement, Radev emphasised the need for national unity.

“My call is for unity and solidarity. Together, united, we will cope,” Radev said.

“The crisis is an opportunity to emerge stronger and more united as a people,” he said.

Bulgaria and the world were going through a difficult ordeal. This required the full mobilisation of material resources and the moral forces of society. An epidemic would test the state’s health systems and social systems, Radev said.

“Let us express our respect and support to the Bulgarian doctors and nurses, to all the specialists who are the main focus of this battle.”

Radev reiterated his call for Bulgarians not to panic.

“I want to thank all the Bulgarians who have volunteered to participate in the fight against the coronavirus … No one can save himself if he cannot rely on the responsible behaviour of others,” he said.

Radev called on the government to propose mechanisms to support those most affected who will lose their jobs and incomes, while seeking active EU assistance. He said that now is the time for the young to help the old.

At the proposal of Borissov’s government, Bulgaria’s Parliament agreed – with the support of all political parties – to the declaration on March 13 of a month-long State of Emergency. Regulations shut down shopping malls, with the exception of banking and insurance offices, food stores and pharmacies in them, and shut down schools, kindergartens and universities.

A briefing on the morning of March 15 was told that the number of confirmed cases of Covid-19 in Bulgaria now adds up to 43. This includes two elderly people who have died.