Schools in Bulgaria’s district of Veliko Turnovo are to be closed from March 6 to 13 inclusive following the declaration of an influenza epidemic.

An announcement on the website of the regional health inspectorate of Veliko Turnovo said that in the past two weeks, there had been daily increases in reported acute respiratory infections and influenza.

The rate had reached epidemic level, with the age groups most affected being five to 14, zero to four, and 15 to 29.

Apart from closing schools, the regional health inspectorate ordered the suspension of non-emergency operations, hospital visits, and reallocation of wards to expand the capacity of the children’s wards and wards for people with flu or symptoms of it.

The inspectorate said that large-scale public events should be restricted, ill staff of kindergartens banned from reporting for work, and there should be daily checks at kindergartens to return ill children home.

Current, schools in Bulgaria’s districts of Rousse, Stara Zagora, Sofia district (not the city), Bourgas, Shoumen and Pernik are closed because of influenza epidemics.

On the morning of March 5, General Ventsislav Mutafchiyski, head of the national crisis staff against new coronavirus, confirmed that there were no confirmed cases of coronavirus in Bulgaria. However, hospital wards across the country were filling up because of a major increase in cases of Type B influenza, he said. 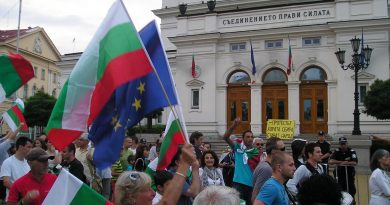 Turkish ambassador: Scrapping TV news in Turkish would put Bulgaria on wrong side of history