Bulgaria’s National Assembly has given its final approval to the 2020 Budget Act after a now-familiar marathon of three sittings that went late into the night, on December 5.

As it has done in recent years, Parliament chose to give itself some breathing space and held a special sitting on December 3 to pass the separate healthcare and pension budgets.

It was unable to finish the task on time, with a lengthy debate before the vote to appoint Denitsa Sacheva as Minister of Labour and Social Policy delaying proceedings, part of the debate and votes on the pension budget were held on the next day.

That was followed by the usual opening statements on the central budget as a whole and MPs speaking in favour of amendments tabled between readings, with the result that actual voting on the Budget 2020 Act did not start until after 5pm on November 4.

With the usual sniping between the government coalition MPS and the opposition benches, as well as repeated requests to re-vote amendments, the final provision of the bill was voted close to 10pm on December 5.

Only one major amendment tabled after first reading was passed by Parliament, namely raising the state subsidies for political parties and coalitions that got more than one per cent of the vote at the most recent election to eight leva (about four euro). Earlier this year, the MPs cut the political parties financing from 11 leva for each vote to one lev.

The votes on the amendment caused some confusion as it was defeated twice, only to be passed at the third attempt following a brief recess, sparking accusations from the second-largest opposition party, the Movement for Rights and Freedoms that it was illegal because Parliament’s rulebook did not allow for a third vote on the same amendment.

The 2020 Budget Act envisions increased spending on social policies, education and healthcare, but unlike other years, the draft Budget targets zero deficit.

In its three-year macroeconomic forecast, the ministry also set set zero deficit targets for 2021 and 2022.

For a third year running, the education sector will receive increased funding, to 4.81 billion leva from 4.2 billion leva, which will include a 17 per cent pay rise for teachers.

Defence spending is set to be reduced drastically, from 3.53 billion leva in 2019, when it was boosted by the lump-sum payment for the acquisition of the eight F-16 fighter jets for about 2.13 billion leva, to 1.94 billion leva next year.

In line with previous commitments, the minimum salary will increase to 610 leva starting January 1, to be followed by another increase to 650 leva in 2021, but no further increase is planned for 2022. 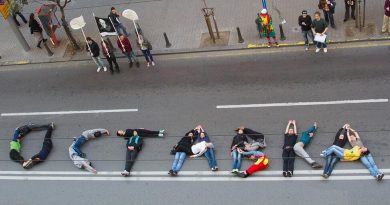