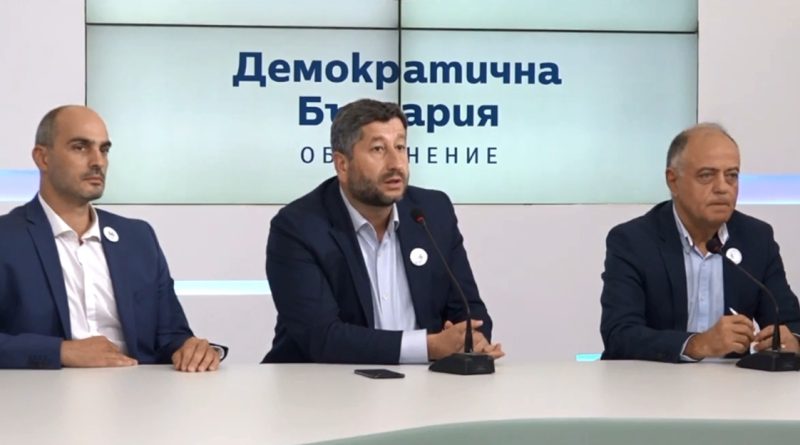 Leaders of the reformist Democratic Bulgaria coalition told a news conference on October 28 that in the November 3 Sofia mayoral election second round, they were endorsing neither incumbent mayor and GERB candidate Yordanka Fandukova nor socialist-backed independent Maya Manolova.

On October 27, out of 20 candidates in the mayoral race in Bulgaria’s capital city, Fandukova and Manolova emerged with the largest shares of votes and go to a run-off this coming Sunday.

In the Sofia city council elections, GERB took the largest share of votes, 32.66 per cent, followed by the Bulgarian Socialist Party with 17.79 per cent and Democratic Bulgaria with 14.09 per cent.

Democratic Bulgaria coalition leaders Atanas Atanassov and Hristo Ivanov said “the battle for change is not over yet” and serious preparations for the run-offs are ahead.

“We have run-offs in the country, but it is very important for us that we have over 10 run-offs for district mayors in Sofia,” Atanassov said.

He said that Democratic Bulgaria was supporting neither Fandukova nor Manolova because there was no match in their programmes. Those who had voted for Democratic Bulgaria should decide for themselves for whom to vote in the second round of the Sofia mayoral election, he said.

It is not yet clear whether Democratic Bulgaria will respond to Fandukova’s call for a common right-wing bloc.

“We are not afraid of dialogue, but we insist on our programme,” Ivanov said.

“There is a need for profound changes in the management of Sofia, so the Democratic Bulgaria group in the municipal council will work on its priorities, enumerated in our programme,” he said.

This meant fighting for decentralisation of municipalities and more transparency in the Sofia municipality, Ivanov said.

He said that it had not been a mistake for Democratic Bulgaria to suspend its campaign to protest against the election of Ivan Geshev as Prosecutor-General. “There was no one to oppose this choice. The DB must oppose the Putinization of Bulgaria,” Ivanov said.