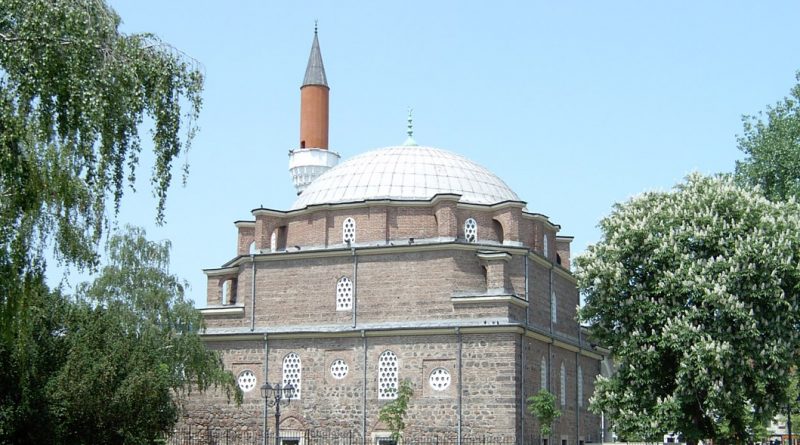 Bulgarian capital city Sofia’s historic 16th century Banya Bashi mosque has been closed because of severe damage after the May 22 earthquake, while the spire and other parts of the Russian church also have serious cracks and on June 2, part of the façade of a school in Lyulin collapsed, apparently as a result of the earthquake and recent heavy rains.

After the Lyulin school incident,Sofiamayor Yordanka Fandukova ordered a re-examination of all school and kindergarten buildings.

The mosque was inspected by Culture Minister Veshdi Rashidov in the company of Chief Mufti Mustafa Haji.

There were concerns for the safety of Muslim worshippers. The mosque draws about 700 people to its interior, with about 200 outside, to Friday prayers.

The most recent repairs to the mosque were done in the 1970s, and Bulgarian-language media reports described these as having been no more than “cosmetic”.

The initial earthquake on May 22, which was epicentred in the town of Pernik about 25km from Sofia, measured about 5.9 on the Richter scale and there has been a long series of aftershocks, several felt in the capital city.

The façade, interior and minaret of the mosque are cracked.

Sofia chief architect Petar Dikov was quoted by Bulgarian National Television as saying that dealing with the damage to the mosque would have to be done in two stages, first ensuring public safety and then a second stage of actual repairs.

After the Lyulin school façade partial collapse, Lyulin mayor Milko Mladenov said, “for the umpteenth time we say that a God is a Bulgarian – Saturday is a non-school day so there were no people”.

Earlier during the post-earthquake saga, President Rossen Plevneliev (perhaps referring to a saying popular in local football lore) said that “God is a Bulgarian” because the earthquakes and after-shocks had left no one dead or seriously injured.

After the May 22 earthquake, schools and kindergartens were inspected, and the school in Lyulin was among those that passed muster. But, according to Bulgarian National Television, residents long had been afraid to let their children play in the school’s grounds because of the questionable state of the building.

The school will be closed pending repairs and pupils will use another building. About 11 schools and seven kindergartens are to undergo repairs after the May 22 earthquake.