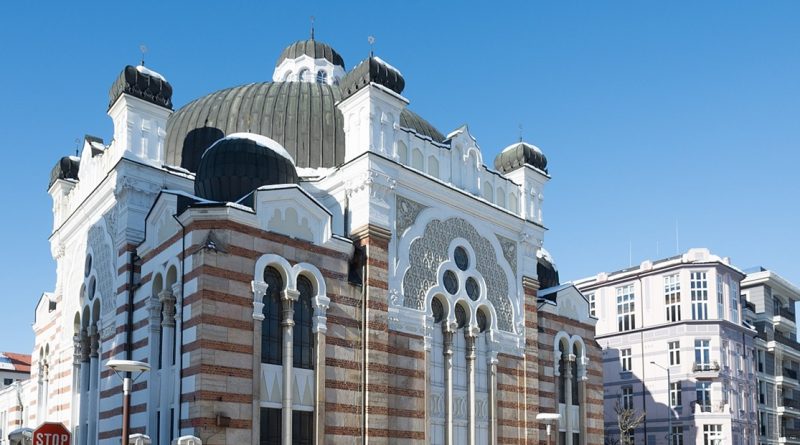 September 9 marks the 110th anniversary of Sofia Central Synagogue, the building that is the spiritual home of the Bulgarian Jewish community in the country’s capital city – and a building that reflects the history of that community, its soaring moments and its tribulations too.

Today, Sofia Central Synagogue is one of the three largest Sephardic synagogues in Europe and the largest on the Balkan peninsula.

Designed by Viennese architect Friedrich Grünanger, Sofia Central Synagogue is in the Spanish-Moorish style with elements of Viennese secession. It has a total built-up area of 1000 sq m. Its main prayer hall, 20 metres in diameter with a height of 31 metres, has 1170 seats. There is also a smaller prayer room. Grünanger embedded in the synagogue Jewish symbols mainly based on the number 8, which has an important symbolic meaning in Judaism (further details of how this was done are available on the Synagogue’s website). 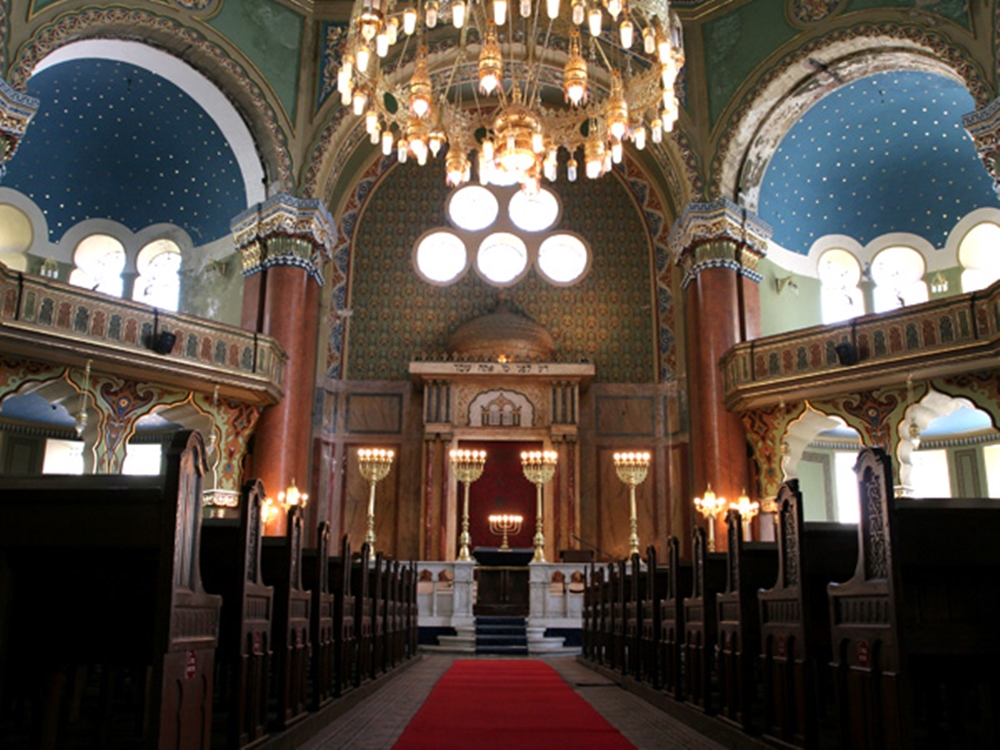 Costing 437 000 golden leva at the time, the Synagogue project was far from without controversy. History records that there was resistance to the project from Zionists, socialists and top members of the community. The Zionists objected to spending so much money on a project in a country from which they would depart for the Holy Land. The socialists objected to what they saw as unfairness to the poor. The third group objected because of the problems in building new Jewish schools, in particular with the need for a new Jewish high school, and because they feared that such a prominent symbol of Judaism would provoke antisemites.

It was hardly be the last challenge the Synagogue would face.

During the Second World War, Sofia and other cities were bombed. On April 13 1944, a bomb fell in the northeastern corner of the Synagogue, fortunately without detonating. The corner sustained some damage and due to the vibrations caused by the bomb, the beautiful coloured stained glass windows were broken.

During Bulgaria’s communist era, with the repression of all religions and with many Bulgarian Jews having left for Israel, the Sofia Central Synagogue underwent a bleak period, and in the 1980s, the Ministry of Culture planned to transform it into a concert hall. Resistance by the leadership of the synagogue led to this plan being abandoned.

After the emergence from the communist era and a transition to democracy that enabled a revival of religious life, the World Jewish Congress played a vital part in restoration of the interior of the great hall. In 2018, generous donations from WJC president Ronald S Lauder and the WJC, the Sofia municipality, the Knapp family and JDC from New York made a possible a meticulously-executed renovation of the Synagogue’s heating system and other core items in the soaring grandeur of the interior.

More, however, is needed to be done, not only because parts of the venerable building are in need of further renovation to secure their integrity, but also because the spectre of antisemitism – elsewhere in Europe, and in Bulgaria – and other threats presents a security risk.

Sofia Cohen, president of the Central Israelite Religious Council of Bulgaria, says: “We are extremely proud of our Synagogue, but not only because of its beauty and scale, but because it represents the presence of Jews in Bulgaria through the centuries and the friendship that exists between Jews and Bulgarians”.

The Synagogue, she says was intended to be not only a place of gathering for Jewish prayers but also a gift from the Bulgarian Jewish community to the city of Sofia – “a beautiful cultural monument to remind everyone about the relationship of tolerance between our nations”.

“We are also proud of the fact that at the time, our community was able to raise the money for the project entirely by donations from its members. Nowadays unfortunately that would not be possible. Which is why we rely on donors such as the Knapp family and the Ronald Lauder foundation who generously supported the renovations we did in the recent years”.

But, she adds, the situation is now critical.

“We realise the importance of improving our security systems and measures. This requires the replacement of the fence and the construction of a security check room and installations.”

Once again, the WJC is helping, but only to the extent of 50 per cent of the amount needed. The other half, amounting to 50 000 euro, has to be raised, because the sum needed is beyond the funds available. For this reason, the Central Israelite Spiritual Council is eagerly awaiting hearing from donors (donations may be made via this link) willing to help secure the future of the building, a landmark for the city and the community.

Eurostat: Unemployment in Bulgaria in December 2022 was 4% 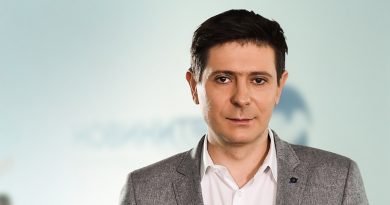