Bulgaria’s special criminal court again has not proceeded with the trial of the accused charged with a July 2012 terrorist attack at Bourgas Airport against an Israeli tourist group in which five Israelis, a Bulgarian and the bearer of the bomb died.

A sitting of the court on November 10 2016 postponed the hearing to December 12.

The trial is being held in absentia of Meliad Farah (35), holder of Australian and Lebanese citizenship, and Hassan El Hajj Hassan (27), a Canadian passport-holder, who face terrorism and document fraud charges in connection with their assistance of Mohamad Hassan El-Husseini, who died in the bomb blast that also left 30 people seriously injured.

The trial is being delayed because of procedural issues relating to the summoning of Israeli citizens who were injured in the attack and relatives of those who died.

There is no new information on the whereabouts of the accused, though that is no bar to the trial proceeding.

None of the injured Israeli citizens and relatives of those who died appeared for the November 10 hearing.

The court spent about 30 minutes checking who had been summoned and whether their rights had been explained to them properly.

Seven have been properly summoned, but more than have not been notified that they are entitled to be involved in the proceedings as civil petitioners. For them, the court has sent letters rogatory to Israel, but the judge also expressed doubt that this would have an effect by the time of the next court date.

The terrorist attack at Bourgas Airport on July 18 2012 was followed by a Bulgarian-led international investigation which concluded that the attack was the work of the military wing of Hezbollah. This in turn led to the European Union declaring Hezbollah’s military wing a terrorist organisation. 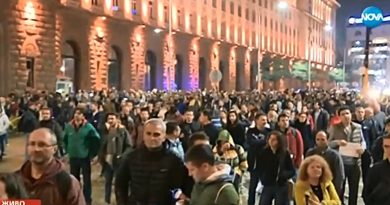