Bulgaria’s economy posted 0.6 per cent growth in the second quarter of 2019, the National Statistical Institute (NSI) said in a flash estimate on August 14. In real terms, gross domestic product (GDP) in Bulgaria in April-June was 24.24 billion leva, or 12.39 billion euro.

In annual terms, economic growth in the second quarter was 3.3 per cent. NSI is due to announce preliminary growth figures for the quarter on September 5.

The flash estimate’s seasonally-adjusted data showed domestic consumption grow by 0.1 per cent during the second quarter (and was 2.7 per cent higher on an annual basis), while gross fixed capital formation rose by 0.8 (while also up by 2.2 per cent compared to the second quarter of 2018).

Exports fell by 3.3 per cent during April-June (but were 3.3 per cent higher compared to the same period of 2018), while imports declined by 8.4 per cent compared to the previous quarter (and were 5.5 per cent lower on an annual basis). The country recorded a trade surplus of 971.7 million leva the quarter, NSI said.

Bulgaria was one of 17 EU countries to record economic growth during the second quarter of the year, but Germany, the United Kingdom and Sweden saw their economies shrink and Italy had flat growth.

The EU economy as a whole and the euro zone both grew by 0.2 per cent in the second quarter, according to a flash estimate by EU’s statistics body Eurostat, down from the previous quarter, when the EU28 economy expanded by 0.5 per cent and the 19-member euro zone grew by 0.4 per cent.

In annual terms, the EU economy grew by 1.3 per cent compared to the second quarter of 2018, while the euro zone economy was up by 1.1 per cent. 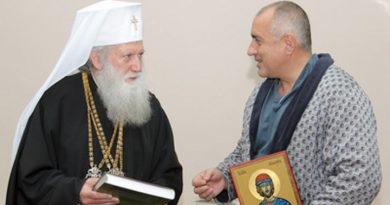 Bulgaria 56th out of 60 in world competitiveness index