Bulgaria’s Appellate Special Criminal Court ruled on June 13 to uphold an order by a court of first instance to allow a 16-year-old Plovdiv school pupil accused of planning a terrorist attack to remain in the custody of his family and to continue attending school.

In handing down the ruling, following a hearing in camera, the three-member bench of the appellate court overruled an application by prosecutors that the teenager be remanded in custody. The teenager remains under the supervision of an inspector from a child pedagogical facility.

The 16-year-old was arrested on June 6. Two days later, the Prosecutor’s Office, State Agency for National Security and Interior Ministry said that searches of rooms used by the teenager had found explosives, bomb plans and a flag of the so-called “Islamic State” terrorist group. The boy was alleged to have been in contact with an “Islamic State” recruiter and to have planned to set off a large explosion in central Plovdiv.

Speaking on June 13 before the appellate court hearing, Siyka Mileva of the Special Prosecutor’s Office told journalists that the explosives and explosive devices that had been found were of a volume and number incomparable with any case in the modern history of the Bulgarian state.

The boy’s parents had not known about the explosives, Mileva said. She said that it had not been the parents who tipped off the authorities about the boy. She did not disclose who the source was.

Mileva said that serious communications had been found containing information that the minor was preparing a terrorist act.

“We believe that there is still a real danger to the security of a large number of Bulgarian citizens,” Mileva said. She said that the boy should be placed in an isolated special environment where psychologist and psychiatrists could work with him.

She said that while requesting that the teenager be remanded in custody, the Prosecutor’s Office still saw him as a child victim of radicalisation and of a huge human tragedy.

Earlier, Bulgaria’s State Agency for Child Protection initiated an investigation after a Bulgarian “news agency” website disclosed the child’s name, details of his family and school, and sent an employee to interview classmates, without the consent of the pupils’ parents. 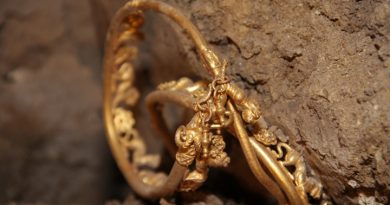