Bulgarian authorities have issued the “Code Orange” warning of hazardous weather for four districts for May 28, due to forecasts of thunderstorms and heavy rain.

The four districts are in the northern part of Bulgaria: Pleven, Lovech, Gabrovo and Veliko Turnovo.

The lesser “Code Yellow” warning of potentially hazardous weather has been issued for the rest of Bulgaria, as the country’s meteorology institute forecast thunderstorms and heavy rain.

Weather conditions could also result in hailstorms, the institute said. 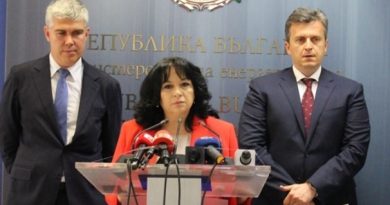