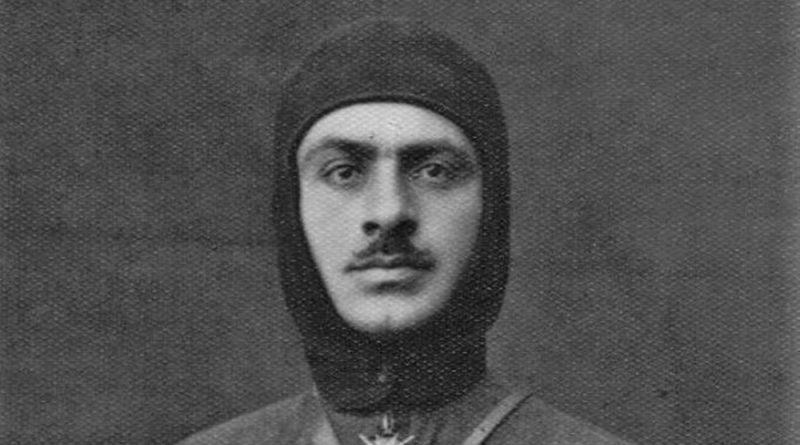 A plan to unveil a bust of Garegin Nzhdeh in the Writers’ Alley of the Yard of the Cyrillic Alphabet in the Bulgarian town of Pliska on May 15 is set to cause controversy.

Nzhdeh is a highly disputed figure. To Armenians, he is a national hero who spent decades, first against the Ottoman Empire, fighting for Armenian independence. A large statue honouring him was unveiled in Yerevan in May 2016, and several places in Armenia are named after him.

To his detractors, however, he was a collaborator with the Nazis, with whom his Armenian Legion was allied in the Second World War.

Nzhdeh spent considerable time in Bulgaria. Born in 1886, he moved to Bulgaria in 1906, graduating from military academy with the rank of lieutenant. After going back to the Caucasus, where he was arrested by the Russians and jailed for three years, he returned to Bulgaria in 1912 and co-founded a volunteer corps in the Bulgarian army in the First Balkan War against the Ottoman Empire. Bulgaria conferred the Cross of Bravery on him.

After the First World War and further travels, he returned to Bulgaria, marrying a woman of Armenian descent and starting a family. Apart from some years in the United States, he was active in Sofia and Plovdiv in Armenian national causes.

The Yard of the Cyrillic Alphabet in Pliska, one of Bulgaria’s former capital cities, is the brainchild of Karen Alexanian, who has lived in the country for more than 20 years.

In a recent interview with Bulgarian-language media, Alexanian described Nzhdeh as a “general, a revolutionary, a fighter for independence, a poet, and not only did he fight for the Bulgarian cause in the Balkan War, but he also had Bulgarian citizenship, lived in Sofia with his family and had a Bulgarian passport”.

“He, like (poet Peyo) Yavorov, is a symbol of brotherhood between the two nations.” Yavorov was an enthusiastic supporter of Armenian independence.

Tsar Boris III conferred Bulgarian citizenship on Nzhdeh by special decree in 1932. “We, Armenians and Bulgarians, have the full right to be proud of the fact that a person like him (Nzhdeh) like him loved his home country and Bulgaria equally,” Alexanian said.

However, it is the Second World War period that is the source of much controversy about Nzhdeh.

In a June 2016 report, the Jerusalem Post said that the statue of Nzhdeh in Yerevan had drawn criticism.

The report quoted Russian foreign ministry spokesperson Maria Zakharova as saying: “Everyone knows about Russia’s negative attitude towards manifestations of neo-Nazism and glorification of criminals…it is not clear to us why that monument was erected”.

Nazi hunter and Holocaust scholar Dr Efraim Zuroff told The Jerusalem Post that Nzhdeh had indeed collaborated with the Nazis as one of the commanders of the Armenian Legion in Crimea and the Caucasus. It was unclear if the Armenian Legion participated in any atrocities during the Holocaust but Nzhdeh and his military unit should be condemned for fighting with the Nazis, Zuroff said.

In a February 2018 article in the Jerusalem Post, political analyst Arye Gut described Nzhdeh as “an accomplice of the Nazis, fascist and antisemite”.

After the Second World War, Nzhdeh, who had abandoned his alliance with Nazi Germany in the closing stages of the war, tried to interest the Soviet Union in a move against Turkey. Invited to Moscow purportedly to discuss the idea, he was instead arrested and jailed for several years.

Critics quote a report by a Dromedar Sonderkommando as evidence of the Armenian forces’ involvement in the roundup and murder of Jews, in November and December 1941 in western Crimea. Defenders say that the Armenian forces in fact hid Jews from the Nazis by hiding them among their number.

Opened in 2015, the Yard of the Cyrillic Alphabet draws large numbers of visitors every year, who look on the giant letters of the alphabet, figures such as Cyril and Methodius, sacred in Bulgarian Orthodox tradition, and revered rulers from Bulgarian history. No figure in history escapes being debated and disputed, but some more than others. The addition of Nzhdeh may well make headlines, and not only in Bulgaria. 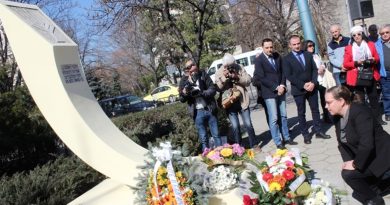 75th anniversary of rescue of Bulgarian Jews commemorated in Plovdiv