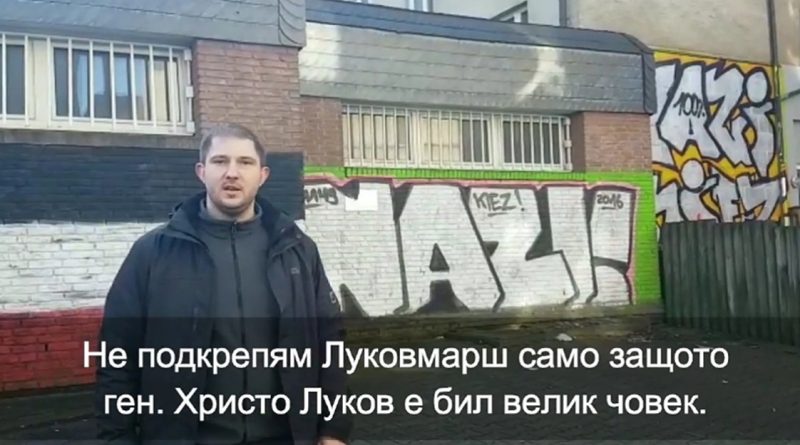 Ultra-nationalist extra-parliamentary party the Bulgarian National Union is to host a gathering of far-right groupings from all over Europe in Sofia on April 20 and 21 to discuss common initiatives and future plans.

According to the Bulgarian National Union website, each of the organisations will give presentations about their ideas and activities.

“We will talk about common initiatives that we have conducted and will reveal interesting details of future plans that we have. Each of the organisations will also have an information stand at which various materials will be presented. There will also be an opportunity for questions to our guests. Whoever wishes to get acquainted with our common struggle is welcome!” the website said.

The organisations that are to participate in the event, to be held at a conference venue in the centre of the Bulgarian capital city, include some that have sent representatives to the Lukov March.

The organisations include Die Rechte, which BNU describes as “one of the leading nationalist parties in Germany”, Les Nationalistes, of France (“a strong tradition of fighting anti-national forces), Szturmowcy (“one of the fastest growing youth nationalist organisations in Poland”), Légió Hungária, Národní a social fronta (“A Czech national youth organisation that has concentrated its work not only internally but also works diligently to develop co-operation with a number of patriotic organisations throughout Europe”).

In a statement to the media, anti-fascist organisation Antifa Bulgaria – organiser in recent years of counter-protests against the Lukov March – said that “the date for such a pan-European fascist gathering is hardly accidental – April 20 is the birthday of Adolf Hitler”.

“What will take place in the centre of Sofia will be, without any trace of doubt, a neo-Nazi event,” Antifa Bulgaria said.

The organization of the Jews in Bulgaria “Shalom” said on April 16 that it was deeply concerned about the planned meeting of representatives of far-right European political parties on April 20 in Sofia.

“The choice of our capital to host such an event is profoundly offensive to a city lauded for its tolerance, ethnic and cultural diversity, which is the pride of its residents and guests,” Shalom said.

“Two months after another Lukov March, the gathering of nationalists with extreme extremist views right on Adolf Hitler’s birthday is a blatant manifestation of arrogance and a sense of impunity on the part of the organisers.”

Unfortunately, a few days before the European Parliament elections, Bulgaria becomes an arena for a meeting of nationalist political parties from Germany, France, Poland, Hungary and the Czech Republic, whose members and supporters openly participated in anti-democratic events, the statement said.

“Year after year, they send their delegations to Lukov March, where they display flag reminiscent of neo-Nazi symbolism and proactively proclaiming xenophobic and racist motives.

“We call on civil society and the responsible institutions to take an active position in defending the core European values ​​such as respect for human dignity, freedom, equality, the rule of law and human rights, including the rights of people belonging to minority groups, and to condemn all forms of the open proclamation of xenophobic, antisemitic and racist ideologies.

“Let us show that supporters of extremist ideology are not welcome in Bulgaria and we will not allow our capital to become a platform of hatred,” Shalom said.